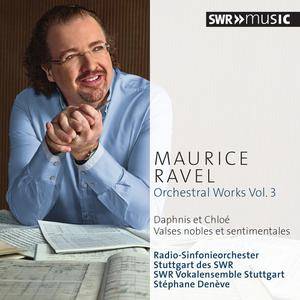 This third volume of the complete orchestral works by the great French composer Maurice Ravel features his music for the ballet Daphnis et Chloé, his longest work, written for Sergei Diaghalev’s Ballets Russes. The company gave the first performance in 1912. Ravel depicted the characters in the story with great musical delicacy, and the Stuttgart Orchestra reflects this through the attention it gives to the score’s finest nuances. Ravel secures scintillating effects from the large percussion section that he uses, a clear nod to ancient music. The Valses nobles et sentimentales were composed at the same time as the ballet, which makes it an appropriate coupling. The version for piano, clearly linked to Franz Schubert’s similarly named waltzes, was published in 1911, with the orchestral version following one year later. Again the Stuttgart Radio Symphony Orchestra gives a thrilling, first class interpretation. 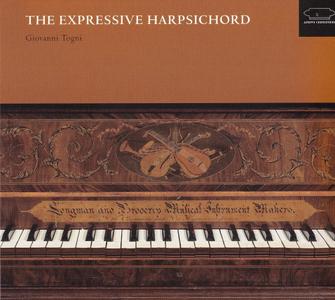 The harpsichord by Thomas Culliford (Longman & Broderip) from 1785 is one of the very few remaining English harpsichords in Italy. It is the only harpsichord by Culliford with a single manual, with its original registers and jacks and especially with its unchanged Machine stop. The restoration included a thorough cleaning and consolidation of unglued components, especially the cleaning of the soundboard and the consolidation of the inlay work on the front board. Some of the strings which were identified as being original were carefully documented and examined. 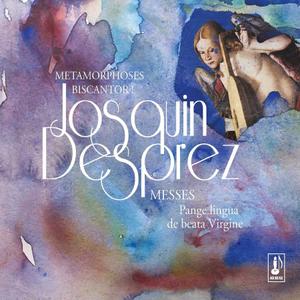 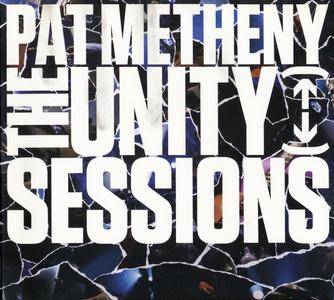 Once you’ve heard Pat Metheny you will always recognise him, no matter what company he’s in or what instrument he’s playing, be it a simple acoustic guitar or some unlikely invention of his own. Beneath it all there’s a frank, open-hearted tunefulness that keeps the music airborne. This double album, recorded at the end of a year-long tour by his Unity Band, is as polished and sophisticated as any, but moments such as the opening melody of This Belongs to You or the gradual unfolding of Born are just plain elegant. There’s a similar quality about saxophonist Chris Potter’s playing, and all four are so relaxed in each other’s company that everything flows beautifully. 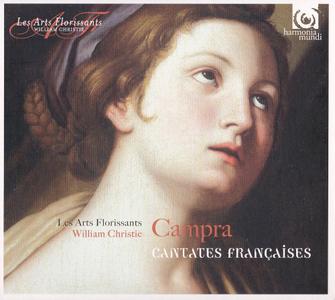 William Christie triumphs; nobody does French Baroque with an Italian accent better and with his ensemble Les Arts Flos, he has made some of the finest recordings of French baroque music, including these French cantatas by André Campra (1660-1744). Campra is usually regarded as the most important French composer between Lully and Rameau and a transitional figure in French opera. Curiously, many of the musicans of Les Arts Florissants back in 1986 were American or British: violinist John Holloway, flautist Robert Claire, theorbist Stephen Stubbs, and the superlative American soprano Jill Feldman. However, to hear quintessential French vocal technique, listen to Dominique Visse singing the cantata 'La Dispute de l'Amour et de l'Hymen.' Jean-François Gardeil, the baritone on this CD, also contributes a pure French inflection to the performance. Recorded in 1986, in Arles. 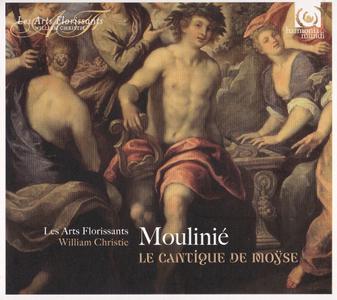 William Christie directs the singers and period-instrument musicians of Les Arts Florissants in a recording of works by Etienne Moulinié (c1600-c1669). Recorded June 1980, Eglise du Bon Secours, Paris with notes in English, French, and German and texts with English translations. 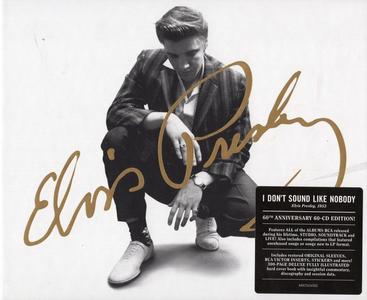 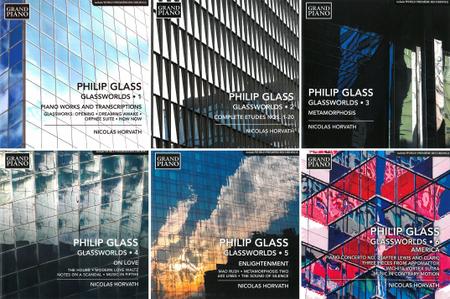 Nicolas Horvath - Philip Glass: Glassworlds, Vol. 1-6 (2015-2019) 6 CDs
EAC | FLAC | Image (Cue&Log) ~ 1.63 Gb | Mp3 (CBR320) ~ 1.14 Gb | Scans included
Classical, Minimalism | Label: Grand Piano | Time: 07:31:52
Piano is Philip Glass’ primary instrument (he also studied violin and flute); he composes at the keyboard. With its seemingly contradictory elements of lyricism and percussiveness, it is in some ways the ideal medium for Glass’ musical language. With its deep roots in tradition (spanning the Classical, Romantic and Modern eras), the instrument embodies the composer’s desire to merge new ideas with classic forms. It is perhaps via piano (and, by extension, keyboard) that performers and listeners can make the most direct and personal contact with Glass’ musical genius. Nicolas Horvath is an unusual artist with an unconventional résumé. He began his music studies at the Académie de Musique Prince Rainier III de Monaco, and at the age 16, he caught the attention of the American conductor Lawrence Foster who helped him to secure a three-year scholarship from the Princess Grace Foundation in order to further his studies. His mentors include a number of distinguished international pianists. Known for his boundary-less musical explorations, Horvath is an enthusiastic promoter of contemporary music. He has commissioned numerous works and collaborated with leading contemporary composers from around the world including Philip Glass.
Nicolas Horvath Philip Glass Classical Minimalism Piano
Details 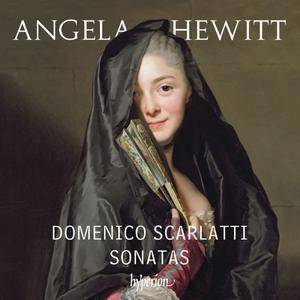 As one of the world's foremost interpreters of Baroque keyboard music on the modern piano, Angela Hewitt has established a fine reputation for impeccable playing and fresh musical insights. Listeners who cherish her award-winning recordings on Hyperion of the music of Johann Sebastian Bach have already experienced her exquisite playing, and they will be delighted to hear this selection of sonatas by Domenico Scarlatti, Bach's contemporary and an innovator whose compositions influenced the development of the Classical sonata. Some of these selections are well known, particularly the Sonata in C major, Kk159, the Sonata in D major, Kk96, and the Sonata in E major, Kk380, which are often anthologized, though Hewitt hasn't packed this disc with greatest hits (with 555 sonatas to choose from, there are many less familiar that deserve attention). Hewitt's performances are thoughtfully phrased, polished in tone, and rhythmically precise with a modicum of rubato, and she is alert to the subtleties that make this music so beguiling. Hewitt recorded these 16 sonatas in the Beethovensaal in Hannover, where she made her first Bach recordings for Hyperion 20 years previously, and the acoustics are nearly ideal for her style. 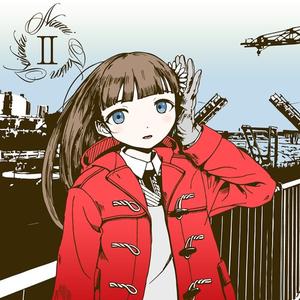 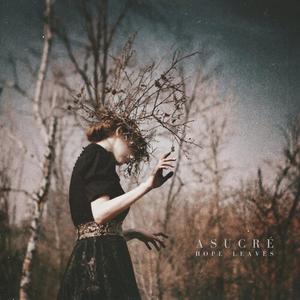 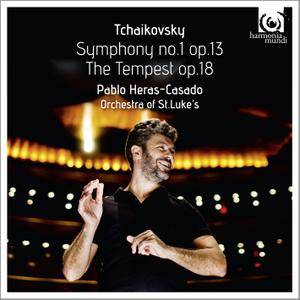 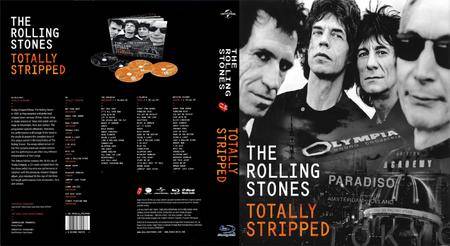 Totally Stripped is a newly revised version of the documentary that was originally made to coincide with the release of The Rolling Stones Stripped album released in November 1995. It tells the story of the two studio sessions and three live shows that made up the Stripped project… 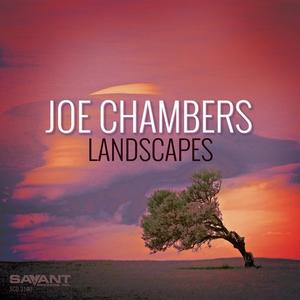 Joe Chambers - Landscapes (2016)
EAC Rip | FLAC (tracks+.cue, log) ~ 342.15 Mb | 59:57 | Covers
Post-Bop | Country: USA | Label: Savant - SCD 2140
Ever since Joe Chambers made his recording debut on Freddie Hubbard's classic LP, 'Breaking Point!' he's remained a nearly peerless jazz figure in terms of consummate musicianship. On 'Landscapes' Chambers reflects all of his well-honed talents as superb multi-instrumentalist, composer and bandleader in a pared down trio setting with bassist Ira Coleman and pianist Rick Germanson. His career throughout the 1960s established Chambers as both a noteworthy hard-bop and avant-garde jazz drummer and as an intriguing composer, particularly through his partnership with vibraphonist Bobby Hutcherson. Chambers released his debut LP, 'The Almoravid' in 1974 for Muse Records. After recording several other releases for the Denon, Candid and Blue Note labels, Chambers reconnected with Muse's Joe Fields in 2005 and released 'The Outlaw' in 2006.
2016 FLAC CD-Rip Post-Bop
Details 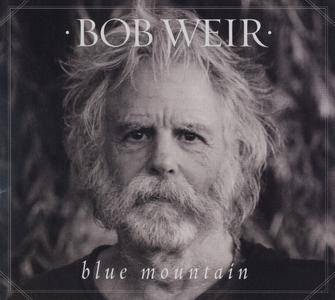 Bob Weir never stopped making music but he did back away from his solo career after Heaven Help the Fool, a misbegotten 1978 effort that found the Grateful Dead guitarist attempting to dabble in the sun-splashed surfaces of SoCal soft rock. After that, he retreated to the boogying Bobby & the Midnites, a side project that was abandoned after the Dead scored a hit in 1987 with In the Dark, then after the death of Jerry Garcia, he wandered through several jam bands, settling on RatDog as a vehicle for whatever songs he had. All of this is to say that when 2016's Blue Mountain is called Weir's best album since his 1972 debut Ace – and it is, without question – there simply isn't much competition.