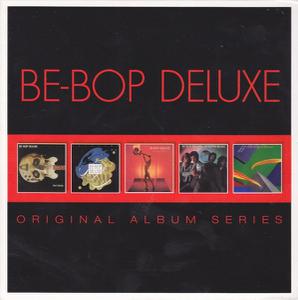 Be-Bop Deluxe were an English progressive rock band who achieved critical acclaim and moderate commercial success during the mid to late 1970s. The band's sound emerged as a mixture of glam rock, prog rock and straightforward rock and roll.[citation needed] Science fiction imagery was common in the lyrics, along with the more traditional themes of love and the human condition. UK boxset containing the first albums from the British rock outfit led by guitarist/vocalist Bill Nelson. According to Amazon, all of the albums in this set are the 2004 remasters. 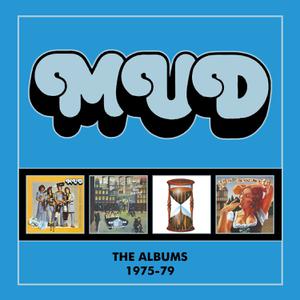 Four CD clamshell box set covering the albums recorded by '70s legends Mud between 1975 and 1979. Disc One is 1975's Use Your Imagination album which reached #33 in the UK charts. It features the Top 10 singles 'L'L' Lucy' (#19 in Germany) and 'Show Me You're A Woman' (#43 in Germany). The second disc is the It's Better Than Working! Album which contains the singles 'Beating Round The Bush' and 'Nite On The Tiles' (#37 in Germany). Among the bonus tracks is the UK #7 smash hit 'Lean On Me' (#44 in Germany) and the #12 hit 'Shake It Down' (#45 in Germany). 1978's Rock On album can be found on Disc Three which features the 45s 'Slow Talking Boy', 'Cut Across Shorty' 'Drift Away' and 'Just Try (A Little Tenderness)'. The final disc is the band's last studio album, As You Like It which includes the 'You'll Like It' and 'Why Do Fools Fall In Love / Book Of Love' singles. Among the bonus tracks are two rare singles recorded under the name of Roly which appear for the first time on CD. The booklet contains detailed liner notes by '70s expert Phil Hendriks plus repros of relevant sleeves from around the globe.

Returning to Gentle Giant's fourth album after any kind of lengthy absence, it's astonishing just how little Octopus has dated. Often written off at the time as a pale reflection of the truly gargantuan steps being taken by the likes of Jethro Tull and Barclay James Harvest, the band's closest relatives in the tangled skein of period prog, Gentle Giant often seemed more notable for its album art than its music… 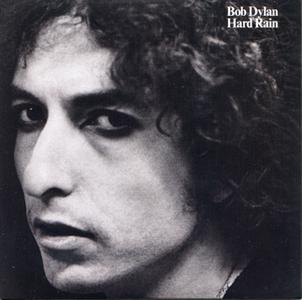 Hard Rain is a snapshot of Bob Dylan's fabled Rolling Thunder Revue, a traveling circus that was more notable for its excess and character than the music. Hard Rain bears this out, being neither as sacrilegious or as exciting as Blood on the Tracks, and never seeming necessary – after all, it arrives just two years after the last live album… 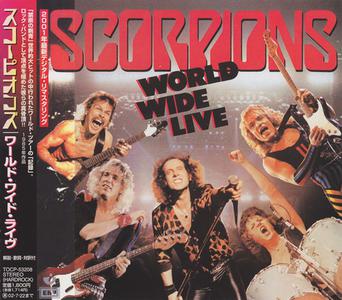 Since the Scorpions' career was at its peak, World Wide Live could not have been recorded at a better time. This 19-track album contains all of their early-'80s hits, and while they aren't as energetic on-stage as they are in the studio, the band still perform with a great amount of flamboyance… 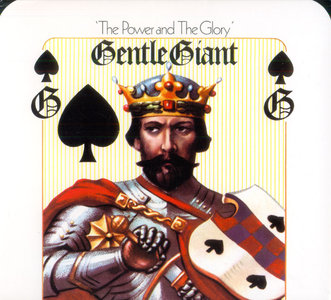 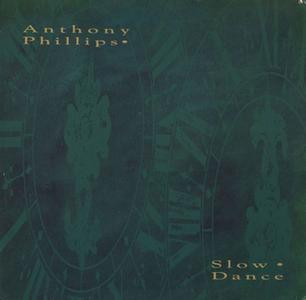 Mike Oldfield, watch out. This all-instrumental album, consisting of two long pieces ("Slow Dance Parts 1 and 2") that mix new age sounds with rock, crosses into territory staked out most successfully by the tubular bell-ringer, and comes off as sort of Windham Hill with a beat. This material features clarinet, oboe, flute, trumpet, harp, and percussion as well as guitar, and it does sort of resemble the spacy synthesizer interludes and bridges found as parts of the longer pieces on Genesis's progressive-era albums… 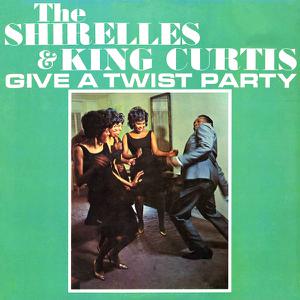 The Shirelles & King Curtis - Give A Twist Party (Remastered) (1962/2022)
WEB FLAC (tracks) - 431 MB | MP3 CBR 320 kbps - 177 MB
1:06:57 | Soul, Pop, Ballad, Twist | Label: RevOla
Give a Twist Party Review by Richie Unterberger
A rather strange concept for an early-'60s album, pairing the Shirelles, then at the peak of their success, with R&B/soul sax great King Curtis. It's not so much a collaboration as an alternation; Curtis gets three instrumentals to himself, and sings "I Got a Woman" and another cut. King does duet with the girls on "I Still Want You," and the Shirelles handle the rest of the material, mostly written by their chief producer/songwriter Luther Dixon, in a much more up-tempo vein than their famous singles. No hits on this record, which is respectable but not terribly exciting, and a bit schizo in concept.
1962 2022 Ballad FLAC King Curtis Lossless MP3 Pop Remastered Soul The Shirelles Twist
Details 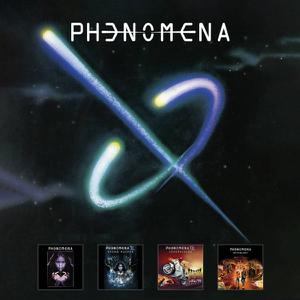 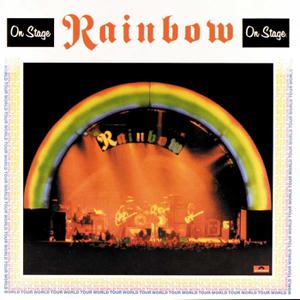 Rainbow - On Stage (Remastered Deluxe Edition) (1977/2012)
EAC Rip | FLAC (tracks, cue, log) - 906 MB | MP3 CBR 320 kbps - 311 MB
2:15:46 | Full Scans - 13 MB | Hard Rock | Label: Polydor
When Ritchie Blackmore left Deep Purple, they barely skipped a beat replacing him. And he barely skipped a beat forming Rainbow, a mirror image of his old band. Vocalist Ronnie James Dio, though, provided Blackmore with a clipped, howl-free voice, hardening Rainbow's sound considerably despite the presence of Mellotron, organ, and other keyboards. By the time it released On Stage, the band had developed its dominion: songs about killing kings, men on silver mountains, and women locked in towers. Subjects were grandiose and the execution heavy, even ponderous. But there's charm in the way Dio intones, "Do you waaant some love? / Well, here we are to give you love," as Blackmore strums in the background. But Dio and Blackmore turn to hard, hard rock with the sprawling "Man on the Silver Mountain" and slow, sad-sack blues with "Mistreated". For gear-heads, there's a full accounting of the band's equipment on the back cover. This re-mastered edition boasts a warmer sound, but who needs warmth with that big guitar spilling over onto your shirt and shoes while the crowd claps along? –Andrew Bartlett
Rainbow 1977 2012 Remastered Deluxe Edition CD-Rip FLAC MP3 Lossless Hard Rock
Details 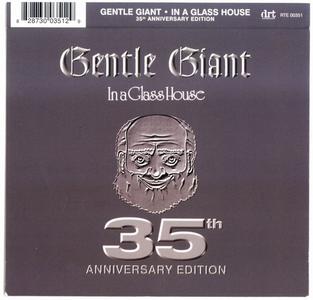 Gentle Giant was reduced to a quintet on In a Glass House with the departure of elder brother Phil Shulman, but its sound is unchanged, and the group may actually be tighter without the presence of his saxophones… 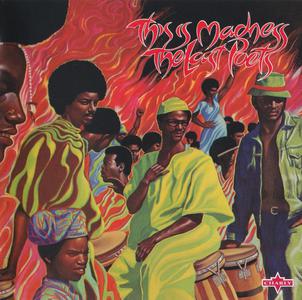 The Last Poets - The Last Poets / This Is Madness (Remastered) (1970-71/2016)
EAC Rip | FLAC (tracks, cue, log) - 456 MB | MP3 CBR 320 kbps - 183 MB
1:19:26 | Free Jazz, Tribal, Spoken Word, Experimental, Ghetto | Label: Charly Records
The Seminal first 2 Albums from the Hip Hop Pioneers in a 2cd digibook along with bonus tracks. Generally recognised as one of the first ever rap groups, The Last Poets' groundbreaking fusion of minimalist African beats with uncompromising lyrics dealing with life in the ghetto, civil rights and social injustice caused a major sensation when their eponymous debut album made the U.S. Top Ten album chart in 1970. The group's militant message and delivery, coupled with their support for The Black Panthers, made them highly controversial at the time leading to their second album, 1971's This Is Madness, being placed on Richard Nixon's Counter-Intelligence programming list. Their pioneering sound continues to influence today's funk and hip-hop scenes, with their mark being heard on countless black musicians over the years. This deluxe 2CD set features the band's first two albums packaged in a digibook. It also includes 3 bonus tracks that Jalal Mansur Nuriddin from the band recorded under the name Lightin' Rod for the Hustler's Convention album, including Doriella Du Fontaine which features Jimi Hendrix on guitar.
1970 1971 2016 Remastered CD-Rip FLAC MP3 Lossless Free Jazz Tribal Spoken Word Experimental Ghetto The Last Poets 70s
Details 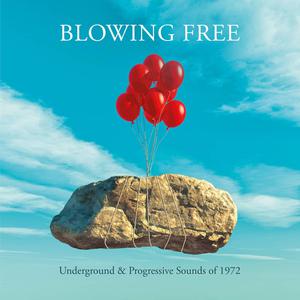 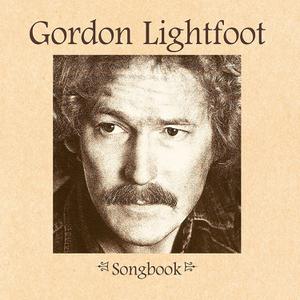 Gordon Lightfoot - Songbook (Remastered) (1999)
EAC Rip | FLAC (tracks, cue, log) - 1.7 GB | MP3 CBR 320 kbps - 700 MB
5:03:29 | Folk Rock, Soft Rock, Country Rock | Label: Rhino
An institution north of the Canadian border, Gordon Lightfoot is practically the living embodiment of what many think of as the national character. Stoic, weathered, and hard-working, Lightfoot practices a husky brand of folk music that's as timeless as the Canadian landscape that seems to loom above his most memorable melodies. This overdue four-disc retrospective stretches all the way back to 1962, when the Ontario-born performer tried to make it in Nashville, up to 1998; 16 previously unreleased tracks and another 17 previously available only on vinyl add meat to its frame. Yes, the familiar tunes are here–"For Lovin' Me" (a hit for both Peter, Paul & Mary and Ian & Sylvia), "Early Morning Rain," "If You Could Read My Mind," "Sundown," "Carefree Highway," and the oft-parodied but truly evocative "Wreck of the Edmund Fitzgerald." But Songbook, like the artist it commemorates, isn't defined by radio staples. It's about the splendid expanse that is the decades-long career of a true musical workhorse. –Steven Stolder
Gordon Lightfoot 1999 Remastered Box Sets CD-Rip FLAC MP3 Lossless Folk Rock Soft Rock Country Rock
Details 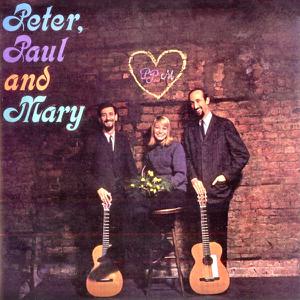 Peter, Paul and Mary - Peter, Paul And Mary: 1961-1962 (Remastered) (2022)
WEB FLAC (tracks) - 439 MB | MP3 CBR 320 kbps - 208 MB
1:12:07 | Folk, Pop | Label: RevOla
The most popular folk group of the 1960s, Peter, Paul and Mary in later decades have also proved themselves to be among the most durable music acts in history. Their longevity dwarfs that of the Weavers, while the fact that the trio continues to be associated with a major record label (Warner Bros.) after decades in the business sets them apart from rivals like the Kingston Trio and the Brothers Four. Then again, perhaps it isn't so surprising – Peter, Paul and Mary's roots run deeper than almost any other folk act one might care to name, while their appeal crosses audience lines that other acts couldn't (and can't) even approach.
Peter Paul and Mary 2022 Remastered Pop Folk FLAC MP3 Lossless 60s
Details
Publication archive