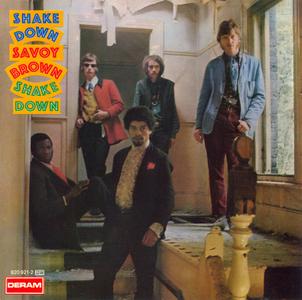 Shake Down is the debut studio album by the British blues rock band Savoy Brown. It was released in 1967 (on Decca SKL 4883) under the name of Savoy Brown Blues Band and is mainly an album of covers, featuring three songs penned by blues singer Willie Dixon. In addition to Dixon, the band covers John Lee Hooker and B.B. King. Savoy Brown (Originally, Savoy Brown Blues Band) are an English blues rock band formed by guitarist Kim Simmonds and harmonica player John O'Leary, in Battersea, south west London in 1965. Part of the late 1960s blues rock movement, Savoy Brown primarily achieved success in the United States, where they promoted their albums with non-stop touring. After leaving Savoy Brown, musicians became members of groups such as Yes, Fleetwood Mac, UFO and Foghat. 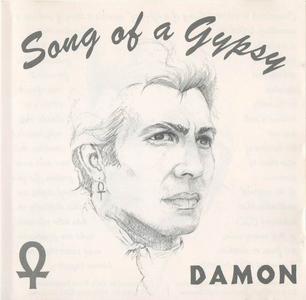 Damon. This is the artistic name of David Del Conte, a genius American gypsy musician who is responsible of probably the rarest and most sought-after psychedelic music album of all time. We're talking about his debut album, "Song of a Gypsy", which was originally released in 1968. This album has a totally unique sound, with the "crooner-like" voice of Damon, the omnipresent melodic fuzz guitar of Charlie Carey and truly atmospheric melodies. It's ordinary psychedelic rock music, not quite as strange or exotic as some word-of-mouth would imply. There's plenty of searing fuzz guitar, soul-searching and -probing lyrics with a mystical gauze, and, frankly, minimal melodic variety throughout the ten tracks, which have a slight Eastern flavor. It's not a mainstream record by any means, but it's not stunningly weird or innovative either. 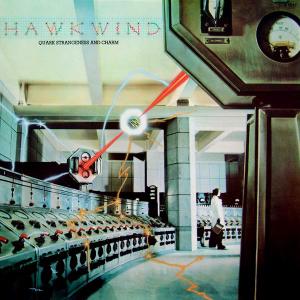 The album, originally released in 1977, was Dave Brock and Robert Calvert's masterpiece that perfectly embraced the influence of the musical New Wave to deliver one of the most effective albums released during Calvert s tenure with Hawkwind. This expanded edition features a bonus CD featuring studio session alternate takes and live recordings by The Sonic Assassins from 1977. Including such classic tracks as Spirit of the Age, Hassan I Sabbah and Damnation Alley , this reissue has been remastered from the original master tapes (a first for any CD issue of this album). 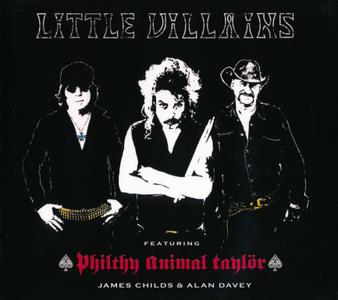 A very special posthumous album featuring the one and only Philthy “Animal” Taylor, the maniac drummer who put the motor in Motörhead! The Little Villains project was founded by Taylor and UK-born guitarist James Childs (Airbus), who are joined on this album by ex-Hawkwind bassist, and Lemmy prodigy, Alan Davey! 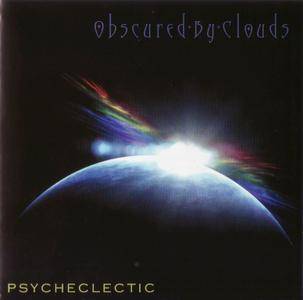 Seattle-based art rock band Obscured by Clouds took their name from Pink Floyd's 1972 album of the same name, and their sound also reflects the spacy, electronic-induced psychedelia of that era – but with modern sound reinforcements and technological digital enhancements. William Weikart is the brain trust and founder of the ensemble, initially inspired when he saw Pink Floyd's Live at Pompeii, and took cues from the dreamy vocals of David Gilmour and sparse musings of guitarist Gilmour and bassist Roger Waters. He has also been influenced by progressive artists like the Doors, Tangerine Dream, King Crimson, Led Zeppelin, Jimi Hendrix, Robin Trower, Morphine, and Soundgarden. 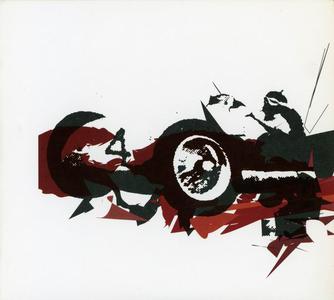 Perhaps the band's defining statement, Trust Us marks the end of their sequence of deep, dark psychedelic rock albums in the late 1990s. This mammoth double album boasts the epic and emotional 'Vortex Surfer' as well as other 'psycho classics like '577', 'Ozone' and 'Hey Jane', mixing tightly formulated songwriting and epic psych-riffing improvisation. 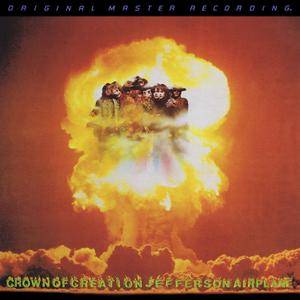 Crown of Creation appeared ten months after their last album, After Bathing at Baxter's, and it doesn't take the same kind of leap forward that Baxter's did from Surrealistic Pillow. Indeed, in many ways, Crown of Creation is a more conservative album stylistically, opening with "Lather," a Grace Slick original that was one of the group's very last forays (and certainly their last prominent one) into a folk idiom. Much of what follows is a lot more based in electric rock, as well as steeped in elements of science fiction (specifically author John Wyndham's book The Chrysalids) in several places, but Crown of Creation was still deliberately more accessible musically than its predecessor, even as the playing became more bold and daring within more traditional song structures… 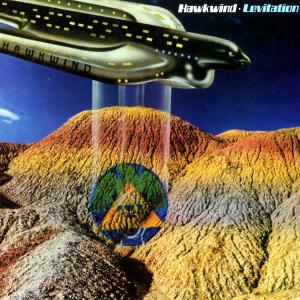 Atomhendge, the home of Hawkwind’s catalogue from 1976 1997, continue their series of definitive reissued editions of these classic albums with the Limited 3CD Deluxe Edition release of Levitation. Recorded in 1980 and featuring Ginger Baker, the album was a classic work and spawned an equally legendary tour. Although Baker’s tenure with Hawkwind was brief, a concert at Lewisham Odeon in December 1980 was recorded by a mobile unit. Now remixed from the original multitrack masters this deluxe edition includes the entire concert (during which Sci-Fi author Michael Moorcock guested). 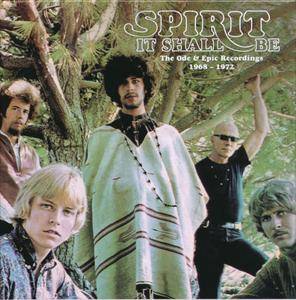 2018 five CD clamshell box set by the legendary American band Spirit. Formed in Los Angeles in 1967 from the remnants of The Red Roosters, Spirit was one of the great bands to emerge on the US West Coast in the psychedelic era… 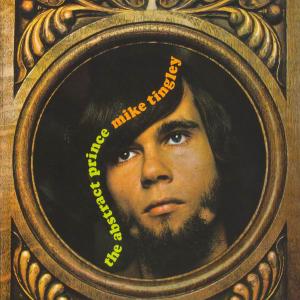 A real gem of early pop-psych-folk. It's the solo LP of this Californian artist, released in Holland in 1968. The basic rock instruments with something like a strings ensemble, often creating an amazing wall-of-sound, constrasting with the unusual melodic lines that Tingley used in several tracks. Sometimes flutes, layered vocals, tablas and acoustic guitars are used to give the desired psychedelic (or folky in a few cases) sound. This album is standing between the psychedelic era of the Byrds, Syd Barrett and Sgt. Pepper. 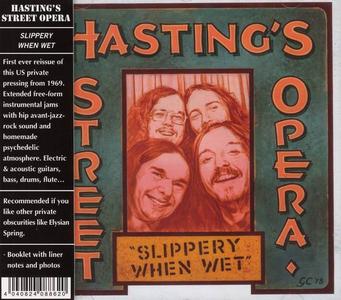 Underground psychedelic electric jazz-rock / improv sound with mellow folk-rock moves and homemade / basement atmosphere. Mostly instrumental with some cut-up vocal sounds and effects. A mix of self-penned songs and amazing cover versions of classics like “Summertime”, “Scarborough Fair” or “A Taste Of Honey” turned into hip, extended jams not so far away from the sound of the pioneering psychedelic ballroom bands from San Francisco. Electric & acoustic guitars, bass, drums, flute…
Named after an old Detroit blues LP, Hasting’s Street Opera was formed in Montclair, New Jersey by a group of young friends (Harry Wellott, Gordon Carlisle, Don Hathaway and Chris Nelson) influenced by blues, rock, jazz and the eclectic sounds… 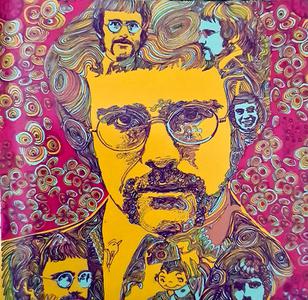 Elton John - Regimental Sgt. Zippo (2022)
EAC Rip | FLAC (Tracks) + Cue + m3u + Log ~ 452 Mb | MP3 CBR320 ~ 206 Mb
Scans Included | Stereo / Mono | 01:18:35 | RAR 5% Recovery
Psychedelic Rock, Pop Rock | Rocket Entertainment / EMI / UMC #0602435757629
Regimental Sgt. Zippo is the thirty-first studio album by English musician Elton John. Regimental Sgt Zippo is the legendary ‘album that never was’ for Elton John. Signed to DJM as an artist in early 1968, he cut 12 tracks at DJM studios in London’s New Oxford Street, for a debut album. It is unclear as to why the album was never released, but a running order was allotted. As part of the excavation of material for the Jewel Box, the original running order was located: after the success of its limited release in mono for Record Store Day in 2021, we are now offering an industry-wide release in stereo, mixed at Abbey Road with the customary care of Elton’s catalogue team. In addition to the previous release, this new LP edition comes with a printed inner bag with full lyrics. The CD edition contains both stereo and mono mixes.
Rock Psychedelic Rock Pop Rock Lossless FLAC MP3 CD-Rip + Scans 60s 2020s 2022
Details 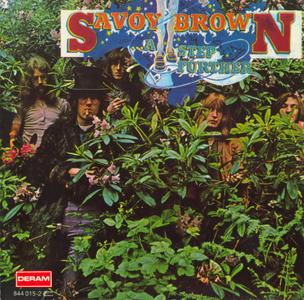 With Kim Simmonds and Chris Youlden combining their talents in Savoy Brown's strongest configuration, 1969's A Step Further kept the band in the blues-rock spotlight after the release of their successful Blue Matter album. While A Step Further may not be as strong as the band's former release, all five tracks do a good job at maintaining their spirited blues shuffle. Plenty of horn work snuggles up to Simmonds' guitar playing and Youlden's singing is especially hearty on "Made up My Mind" and "I'm Tired." The first four tracks are bona fide Brown movers, but they can't compete with the 20-plus minutes of "Savoy Brown Boogie," one of the group's best examples of their guitar playing prowess and a wonderful finale to the album. 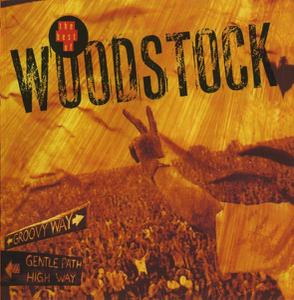 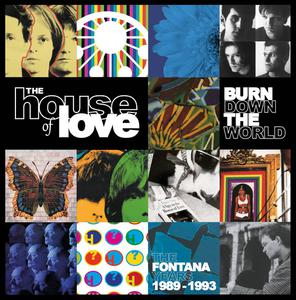 Following their critically acclaimed Creation Records’ debut, The House Of Love signed to Fontana and embarked on four years of non-stop recording and touring that would take them into the mainstream. Produced in association with founder, frontman and principle songwriter Guy Chadwick, ‘Burn Down The World’ takes an in-depth look at that period in the band’s career, both in the studio and onstage. Featuring countless never before heard demos, lost tracks and live recordings sourced from Fontana’s archive, alongside rare fan club-only releases, compilation appearances, promotional versions and tracks never before available on CD, and accompanied by the thoughts of Guy Chadwick, ‘Burn Down The World’ sheds new light and insight on a rollercoaster ride which took House Of Love from indie darlings to mainstream globetrotters.