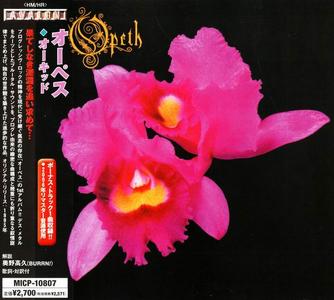 Opeth's debut, Orchid, was quite an audacious release, a far-beyond-epic prog/death monstrosity exuding equal parts beauty and brutality - an album so brilliant, so navel-gazingly pretentious that, in retrospect, Opeth's future greatness was a foregone conclusion. Fact is, these Swedes - with the opening cut, "In Mist She Was Standing," exceeding the 14-minute mark - laid their cards on the table at the beginning of the hand and still took the pot, so ambitious and convincing is the band's artistic vision. And while the record finds the group searching for the razor-sharp focus and prominent emotional hook put forth on the later, classic releases My Arms, Your Hearse, Still Life, and Blackwater Park, Orchid is still an exhilarating listen, with the band meshing double-time death tempos with bleak, frostbitten riffs and moodily expansive, jazz-influenced, melodic instrumental passages… 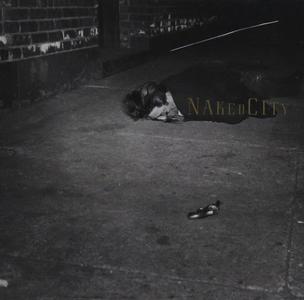 The violent cover photo (which shows a man after he was shot dead) sets the stage for the rather passionate music on this John Zorn set. With guitarist Bill Frisell, keyboardist Wayne Horvitz, bassist Fred Frith, drummer Joey Baron, and guest vocalist Yamatsuka Eye making intense contributions, altoist Zorn performs his unpredictable originals, abstract versions of some movie themes (including "A Shot in the Dark," "I Want to Live," "Chinatown," and "The James Bond Theme"), plus Ornette Coleman's "Lonely Woman." The stimulating music rewards repeated listenings by more open-minded listeners. 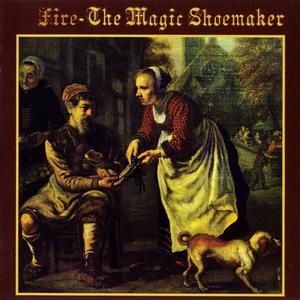 Fire was Hounslow's finest psychedelic rock group. Fronted by Dave Lambert (later to join The Strawbs), the band recorded two legendary singles for Decca before signing to PYE Records and recording this legendary Psychedelic Rock rarity in 1969. Featuring guest appearances by guitarist Paul Brett and Dave Cousins of The Strawbs, the album failed to sell in significant quantities at the time of release. Now hailed as a masterpiece of the genre, the album featured in Record Collector's Top Ten sought after rare albums list. This new remastered edition features four bonus tracks, namely both sides of th two Fire singles released by Decca in 1968 along with an extensive booklet featuring new liner notes. 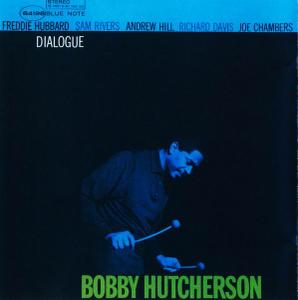 Coming fresh on the heels of his groundbreaking work with Eric Dolphy, Bobby Hutcherson's debut album is a masterpiece of "new thing" avant-garde jazz, not really free but way beyond standard hard bop. Dialogue boasts an all-star lineup of hot young post-boppers - trumpeter Freddie Hubbard, woodwind player Sam Rivers, pianist Andrew Hill, bassist Richard Davis, and drummer Joe Chambers - and a set of imaginative compositions by either Hill or Chambers that frequently push the ensemble into uncharted territory. The result is an album bursting at the seams with ideas that still sound remarkably fresh, not to mention a strong sense of collectivity. Hutcherson has so many fine players on hand that the focus is naturally on group interaction rather than any particular soloist(s), setting up nice contrasts like the fiery sax work of Rivers versus the cooler tones of Hutcherson and Hill… 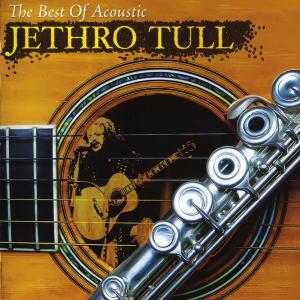 To some, Jethro Tull will always be associated with Ian Anderson's flute playing and more rocking, arena-worthy moments. But like Led Zeppelin, Tull was all about balancing their sonic mood swings; they could effortlessly transform between being loud & proud rock & rollers to more tranquil folksmen in the blink of an eye. The 2007 compilation, The Best of Acoustic Jethro Tull is self-explanatory, since the 24-track set focuses solely on the "unplugged" side of Tull. But some of Tull's finest moments were acoustic guitar-based, including such early classics as "Mother Goose," "Skating Away (On the Thin Ice of the New Day)," and "Fat Man" (here's a fun game to play: the next time you watch the movie Boogie Nights, try to spot the scene that uses the latter song)… 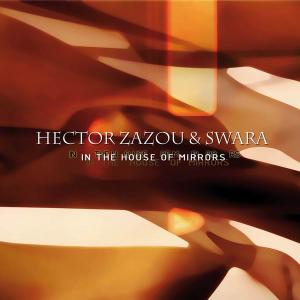 Hector Zazou invites four outstanding instrumentalists from India and Uzbekistan to step into a virtual hall of mirrors, in which sound is reflected from one note to another: an aural equivalent of a famous scene in Orson Welles' The Lady From Shanghai.
Twenty-five years after laying the foundations for Afro-electronic fusion (with Congolese singer Bony Bikaye on the “Noir & Blanc” LP), and after many other groundbreaking albums, the ever-innovative Hector Zazou offers a fresh take on classical Asian music, in which the musicians' inspired performances are enhanced by his subtle reprocessing of the original sonic elements (no supplementary electronic sounds having been used)… 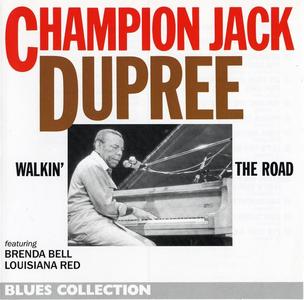 The repertoire of this January 1977 Paris session consists entirely of Dupree originals. Typical of his cheeky humour and bubbling good spirits (Hamhock And Lima Beans, Let Me In I'm Drunk, Phone Call), it nevertheless reveals the natural sadness of the blues, never far from the surface in any of his work (Who Do You Love?, Let's Try Over Again). Indeed, Jack's personal life weighed more heavily in his songs than, because of the fun aspect, is generally realised. At this time, just recently divorced and separated from his young children, he was a lonely man, and destined to remain so.
We have rounded out the present CD with five titles from a 1983 session on which Champion Jack Dupree is accompanied by singer Brenda Bell and guitarist Louisiana Red. 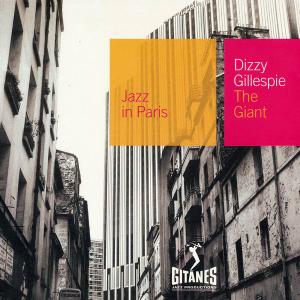 This 1973 Paris studio session first appeared on the European label America as The Giant, but there has been some confusion as various combinations of songs have appeared under the same album title with Dizzy Gillespie's name over the years. Although rather brief in length with just five tracks and clocking in at under 34 minutes, this lively date has some strengths. The trumpeter turns over the solo spotlight to the extraordinary bassist Niels Pedersen and pianist Kenny Drew, prior to featuring himself in brief spurts with drum breaks by Kenny Clarke. Pedersen's fine arco technique introduces the brief ballad "I Waited for You," in which Gillespie is clearly at the top of his game. His muted horn saunters over Clarke's crisp brushwork during "Girl of My Dreams," although the overlong Latin original "Fiesta Mojo" quickly grows tiresome, in spite of a guest appearance by tenor saxophonist Johnny Griffin… 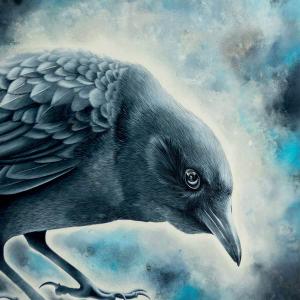 An epic progressive rock tour de force, Big Big Train's tenth studio album is its most ambitious yet. Breathing new life into traditional themes and creating a few new ones along the way, the crafts of melody and storytelling beat strongly at the heart of the Big Big Train and inform every track on Folklore. Featuring an eight piece band and brass quintet - augmented by a string quartet - the album provides a superb showcase for David Longdon's emotional vocals and the band's dramatic extended compositions. 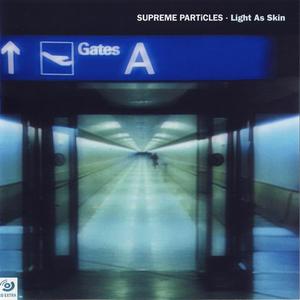 Supreme Particles are Michael und Anna Saup, cultural newmedia artists and welcome performing on Vienna's Ars Electronica as well as on several other exhibitions. One of their latest projects was the visual and sound installation of the Lufthansa Passenger Tunnel beneath Frankfurts Rhein-Main Airport. This exeptional Elektrolux CD release features the ambient Soundtrack, constantly performed in the tunnel. 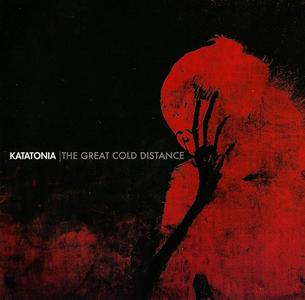 Coming three full years after 2003's Viva Emptiness, The Great Cold Distance continues the trend toward the mainstream that Katatonia began with that album. Singer Jonas Renske - who apparently lost his ability to do the now-clichéd Cookie Monster vocals some years ago due to medical problems - has refined his voice into a much smoother and, surprisingly, more powerful instrument that's capable of greater emotional shadings. Similarly, this album forsakes the blastbeats and hyperspeed riffing for a more dynamic sound that makes smart use of slow and quiet passages. They're still heavy: "Deliberation" and "Leaders" are as brutal as anything on the band's career high point, Last Fair Deal Gone Down… 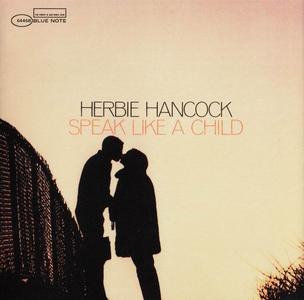 Between 1965's Maiden Voyage and 1968's Speak Like a Child, Herbie Hancock was consumed with his duties as part of the Miles Davis Quintet, who happened to be at their creative and popular peak during those three years. When Hancock did return to a leadership position on Speak Like a Child, it was clear that he had assimilated not only the group's experiments, but also many ideas Miles initially sketched out with Gil Evans. Like Maiden Voyage, the album is laid-back, melodic, and quite beautiful, but there are noticeable differences between the two records. Hancock's melodies and themes have become simpler and more memorable, particularly on the title track, but that hasn't cut out room for improvisation… 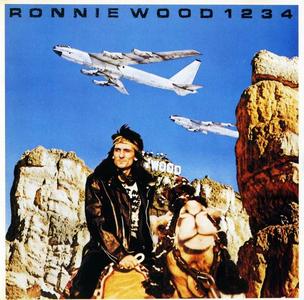 Every aspect of this Rolling Stone's solo album screams of superstar indulgence, from its bizarre cover shot - look, there's Ron riding a camel under some jets - to co-producer Andy Johns' fawningly surreal back cover exhortation to "don't let anybody tape it because the label needs the money." There's no chance of such an occurrence: three studios are credited - and every track boasts a different lineup. Many of the usual suspects appear, including sub-Stones keyboardist Ian McLagan, pianist Nicky Hopkins, and saxophonist Bobby Keys; R&B vocalist Bobby Womack; and pianist Nicky Hopkius. Even Stones drummer Charlie Watts pops up on a couple of tracks… 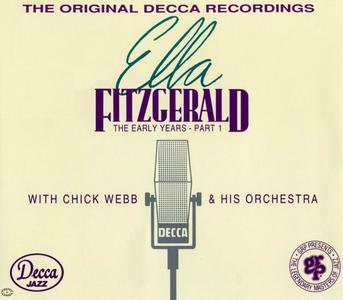 This two-CD set contains 43 of the best recordings that Ella Fitzgerald recorded during her apprentice period with Chick Webb's Orchestra. Although only 16 years old at the time of her recording debut, she already had a strong and likable voice. She would not learn to really scat sing until the mid-'40s but, on the strength of "A-Tisket, A-Tasket," by 1938 Fitzgerald was one of the most popular of all the big-band singers. This set, which only contains a few examples of the Webb Orchestra's instrumental powers, is highlighted by "I'll Chase the Blues Away," "Sing Me a Swing Song," "You'll Have to Swing It," "Organ Grinder's Swing," "If Dreams Come True" and "You Can't Be Mine." 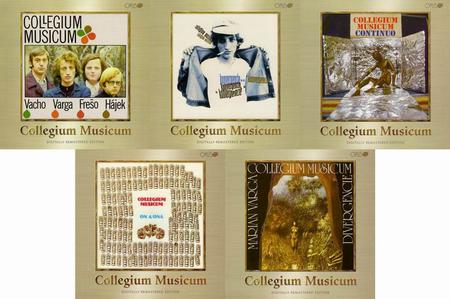 Collegium Musicum is a Slovak prog-rock band. Its founder and leading figure was Marian Varga, one of the most distinctive rock keyboardist. Their style is similar to Emerson Lake & Palmer, Rick Wakeman, and The Nice. The band mostly known for interpretations of familiar themes from the works of classical music (such as Concerto in D by Joseph Haydn), and in this respect the most important group from the former Eastern Bloc.
The group was formed in autumn 1969 and was apparently the first ever creator of art-rock music in Czechoslovakia. The core of the largest and most intense touring productivity formed the Marian Varga, bassist Fedor Fres and drummer Dušan Hájek. With the shorter breaks the group worked on the music scene in 1979. Later it Varga occasionally renewed several times, especially in 1981 due to the recording of divergences.