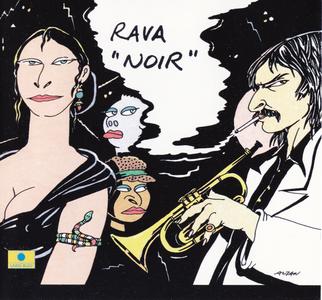 
Fittingly for a man born in the cosmopolitan city of Trieste, trumpeter Enrico Rava is as at home with formal music as with abstraction, and with straight-ahead jazz as with cutting-edge contemporary developments. Fronting a heavily rock-influenced, twin-guitar band here, he touches musical bases ranging from woozy tangos through floating, freeish pieces to relatively straightforward jazz and multi-textured jazz-rock in an album programmed as a species of ‘soundtrack’ to an accompanying cartoon booklet drawn by Francesco Tullio Altan. 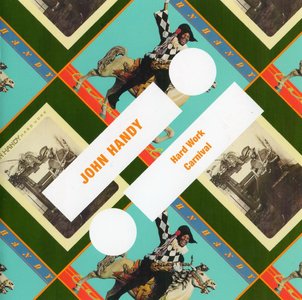 
Two classics from saxophonist John Handy – records that really made him a household name in the 70s! Hard Work is the biggest moment ever for saxophonist John Handy – an album that crossed over big, thanks to a tremendously funky title cut! Handy first rose to fame back in the 60s – playing modernist jazz with Charlies Mingus, and opening up on his own in a stretch of great albums that evolved from hardbop, to modal jazz, to some even freer world jazz experiments in the 70s. Here, though, he's back in very soulful territory – working in a combo that has keyboards and guitar, and plenty of grooves that are somewhere in a space between early 70s CTI/Kudu and similar dates on Cadet or Prestige Records! 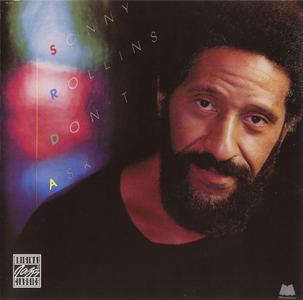 Well it's the disco era by the time this album is released and so many people in the jazz and funk world were effected in different ways. Usually it met with mixed results but because Sonny's music was taking on a unique sound that I choose to call funk-bop (there's more on that in my other Sonny Rollins reviews) this wound up being one of his most energized,memorable and creatively satisfying albums of the decade. Not only is Sonny and his band here endlessly abound with creative ideas but also managed to bring the very best out of the musicianship. Miles Davis' drummer Al Foster and guitarist Larry Coryell, himself one of the very earliest architects of jazz fusion in the 60's are the musicians here aside from Sonny who really help a lot in the inspired sound of the music. 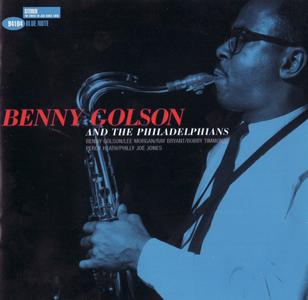 The title of this 1998 CD reissue is a little inaccurate. This set does have a six-song session with the all-Philadelphia crew of tenor saxophonist Benny Golson, trumpeter Lee Morgan, pianist Ray Bryant, bassist Percy Heath and drummer Philly Joe Jones. But there are also four numbers from a month later in which Golson and pianist Bobby Timmons are joined by a trio of Frenchmen: trumpeter Roger Guerin (who was actually the date's leader), bassist Pierre Michelot and drummer Christian Garros. Ironically, the previous Swing LP had the equally inaccurate title of Benny Golson In Paris; the first date was actually cut in New York. In any case, the music is quite enjoyable, and the two dates match well together. 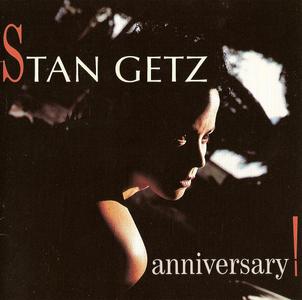 Stan Getz’s great talent was universally acclaimed by music fans and fellow musicians alike. His playing always showed the early influences of Lester Young and it was not without flavours of Charlie Parker. On ballads his tone, melody and flowing lines were often executed with the sensuality of Ben Webster. ‘Anniversary’ was recorded live in Copenhagen in 1987 – four years before he died. One of his finest partnerships came at this time and here the ‘mature’ Getz is joined by Kenny Barron, piano – Rufus Reid, bass and Victor Lewis, drums. Not only were these three of the most popular accompanists around they were chosen by Getz because he admired their work, they could work off each other and he fell easily into their ideas and new directions. 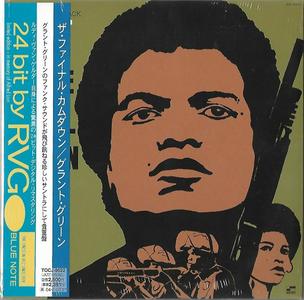 The Final Comedown was Blue Note's first film soundtrack and a departure for both the label and Grant Green. True, many of Green's sessions from this period dipped into funk and R&B, but most of the tracks heard here are pensive mood pieces, conceived as the backing tracks to the blaxploitation film of the same name. As can be expected, there are a handful of cuts – "Past, Present and Future," "Slight Fear and Terror," "Battle Scene" – featuring things like staccato horn punches, dramatic tympani, and little in the way of instrumental soloing – standard fare for the genre. 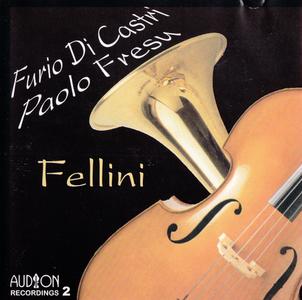 This excellent live record by Paolo Fresu and Furio Di Castri (Audion Recordings label) collects part of the concert which took place in July 1999 at the Enoteca Italiana at the Fortezza Medicea in Siena, at the end of the annual 'Siena Jazz' specialization courses. our two artists are teachers. Fresu and Di Castri are two musicians who have often experimented with their instruments (trumpet and double bass) without ever compromising the lyricism and poetics of their compositions or reinterpretations of classical standards. This LIVE performance made up of songs by the same authors plus some famous covers, only confirms the great musical eclecticism of the two artists who are able to extract absolutely new and unexpected sounds from their instruments, building a precious, unusual and fascinating sound picture. 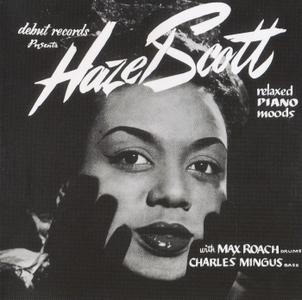 Hazel Scott's impressive bop piano was just one facet of talents that extended to playing classical music on the concert stage, singing and acting on-stage and onscreen, and hosting her own radio and television shows. A child prodigy, Scott entered Juilliard at the age of eight and made extensive concert tours of Europe, Africa, and the Near East before recording this date for Debut Records in 1955. For the set, she is accompanied by Debut's founders bassist Charles Mingus and drummer Max Roach. 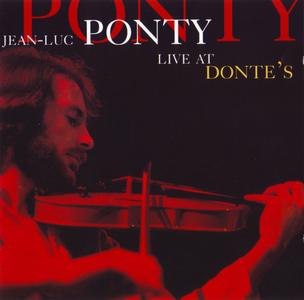 In October 1969 violinist Jean-Luc Ponty recorded a notable live set with keyboardist George Duke, bassist John Heard, and drummer Dick Berk that gained him a lot of exposure in the U.S. He had actually played at Donte's in Los Angeles with Duke (on acoustic piano), Heard, and drummer Al Cecchi the previous March. This is a release that is particularly recommended to listeners who are not interested in Ponty's many fusion projects, because his playing here is relatively straight-ahead and sounds influenced by the work of the mid-'60s Miles Davis Quintet, and not just because he performs Ron Carter's "Eighty-One." Also of great interest are Duke's solos; he would eventually become a funk keyboardist and then a pop producer. In this context, he sounds like a mixture of McCoy Tyner and Herbie Hancock. 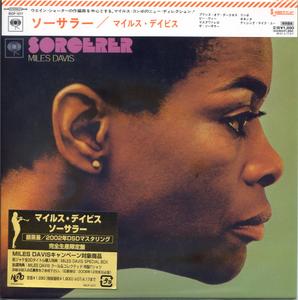 Sorcerer, the third album by the second Miles Davis Quintet, is in a sense a transitional album, a quiet, subdued affair that rarely blows hot, choosing to explore cerebral tonal colorings. Even when the tempo picks up, as it does on the title track, there's little of the dense, manic energy on Miles Smiles – this is about subtle shadings, even when the compositions are as memorable as Tony Williams' "Pee Wee" or Herbie Hancock's "Sorcerer." As such, it's a little elusive, since it represents the deepening of the band's music as they choose to explore different territory. 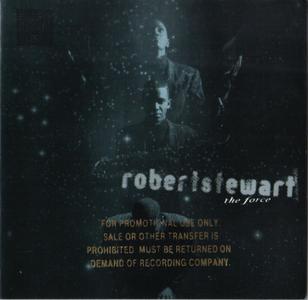 Robert Stewart's album " The Force", is a very soulful and articulate work of Music. From what I understand, is that he is from the Oakland Ca area. Also, that he is a disciple of Pharoah Sanders. He plays tenor saxophone, flute,and sythersizer on this outing. I first heard of him thru a Radio DJ friend of mine on one of his airchecks. I jotted the info down, and found it here @ Amazon for a very good price. I think it's a contemporary update of John Coltrane, Pharoah Sanders, Sun Ra axis. 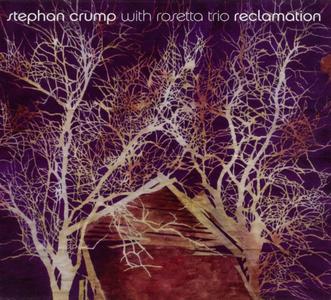 Stephan Crump's early period as a leader and premier young bass player in progressive jazz, plus his substantive time with pianist Vijay Iyer, might not have prepared his fans properly for this collaboration as the Rosetta Trio. For their second CD, Crump, acoustic guitarist Liberty Ellman, and electric guitarist Jamie Fox present an unexpected and satisfying collection of tunes that are very soulful, thoughtful, and passionate. It's not that those elements are a new wrinkle, but here are more roundly rendered and pleasantly listenable while retaining a modern and creative base. 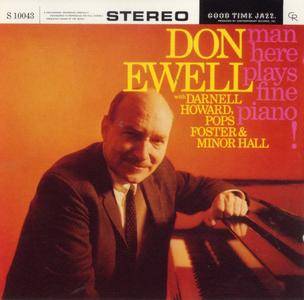 During a two-day period in 1957, pianist Don Ewell teamed up with clarinetist Darnell Howard, bassist Pops Foster, and drummer Minor Hall to record enough music for two albums, this one and Free 'N Easy. In addition to six fine quartet pieces (including "Everybody Loves My Baby" and "Keepin' out of Mischief Now"), there are four solo performances that fully showcase the underrated but talented New Orleans piano of Don Ewell. Easily recommended to fans of classic jazz. 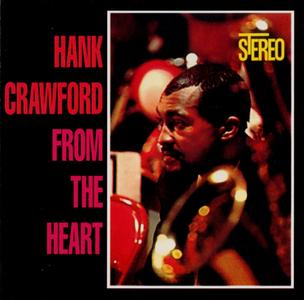 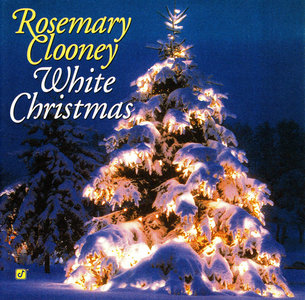 Although Rosemary Clooney had a major part in the famous film White Christmas back in 1954, this was her first full Christmas album and it was a big seller when it was released late in 1996. From the jazz standpoint, there is not much here, as Clooney is accompanied by a huge orchestra conducted and mostly arranged by Peter Matz. Although there are a few brief solos from altoist Gary Foster, tenor saxophonist Dan Higgins, trombonist Chauncey Welsch and trumpeter Warren Luening, the music is essentially nostalgic middle-of-the-road pop with Clooney joined on several numbers by the Earl Brown Singers (who also take brief a cappella versions of some veteran Christmas tunes); one tune apiece features appearances by Michael Feinstein and Rosemary's brother Nick Clooney. But jazz content aside, Rosemary Clooney is in good voice, and the heartfelt emotions that she expresses on these Yuletide favorites communicate quite well.