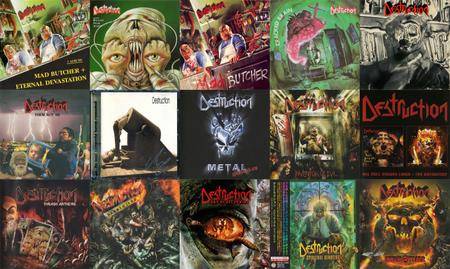 Together with their countrymen Kreator and Sodom, Germany's Destruction constituted the dominating triumvirate of Teutonic thrash metal during the 1980s. And even though they ultimately failed to match these peers in terms of commercial success and longevity, at least two of their albums still qualify among the crème de la crème of the decade's speed metal. Heavy metal underwent a worldwide revolution in the early '80s, when the lingering lessons from '70s giants like Black Sabbath and Judas Priest crashed head-on with the D.I.Y. ethos of punk rock and the sheer velocity of Motörhead to spawn the much ballyhooed New Wave of British Heavy Metal, which, in turn sparked a far more powerful and lasting bastard offspring: thrash metal. Of all the nations contaminated by this musical virus as it proliferated unchecked, Germany was second only to the U.S. in terms of widespread infection… 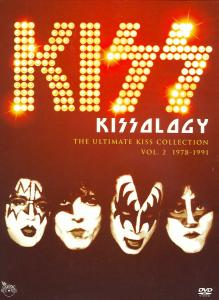 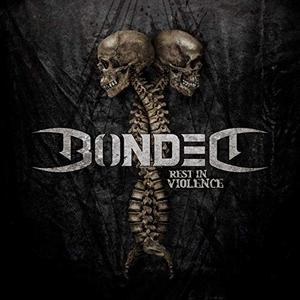 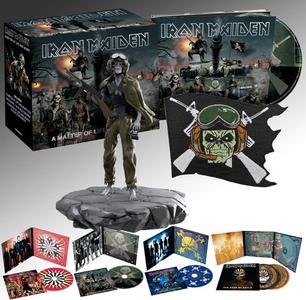 Parlophone Records continue their reissues series of the IRON MAIDEN catalogue with 'The Studio Collection – Remastered', covering the band’s sixteen-strong studio albums across their career to date. Following on from 2014/2017’s black vinyl releases and 2015’s 'Mastered for iTunes' project, 'The Studio Collection – Remastered' is now available on Digipak CD format, with the track listing matching the original UK releases. The recordings are taken from the same remasters as the 2015 hi-res digital releases. 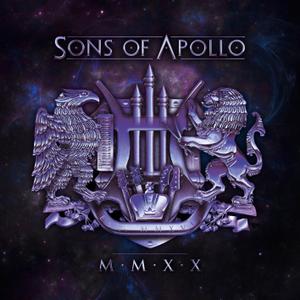 Sons of Apollo return with their sophomore album ‘MMXX’, the follow-up to their acclaimed 2017 debut ‘Psychotic Symphony’, as well as their epic 2019 live album ‘Live with the Plovdiv Psychotic Symphony’. With ‘MMXX’, Mike Portnoy (drums), Derek Sherinian (keyboards), Jeff Scott Soto (vocals), Ron 'Bumblefoot' Thal and Billy Sheehan (bass) are ready to take everything to a new level. 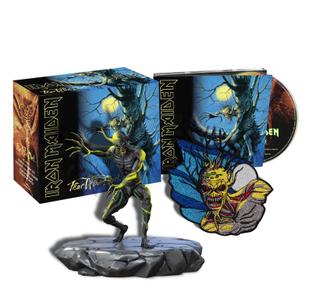 DELUXE LIMITED EDITION BOX Includes: Fear OF The Dark Remastered CD, EXCLUSIVE 1:24 Scale Eddie Figurine, Fear Of The Dark Collector’s Patch. Iron Maiden’s 9th studio release, originally issued in 1992, reached #12 on the Billboard Top 200 and includes the classics “Be Quick or Be Dead,” “From Here to Eternity” and title track “Fear of the Dark” 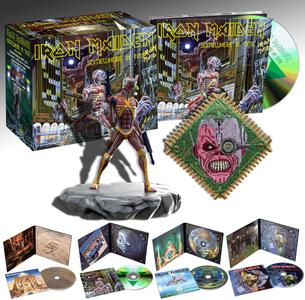 Parlophone Records (BMG in the US) will continue their reissues series of the IRON MAIDEN catalogue with the second set of Digipak CD titles in The Studio Collection – Remastered, to be released on March 29th. Following on from 2014/2017’s black vinyl releases and 2015’s Mastered for iTunes project, The Studio Collection – Remastered features recordings taken from the same remasters as the 2015 hi-res digital releases. The albums supersede the previously available studio catalogue and all titles will also be made available on streaming platforms. 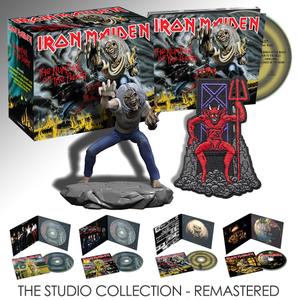 Parlophone Records (BMG in the US) will continue their reissues series of the IRON MAIDEN catalogue with The Studio Collection – Remastered, covering the band’s sixteen-strong studio albums across their career to date. Following on from 2014/2017’s black vinyl releases and 2015’s Mastered for iTunes project, The Studio Collection – Remastered will be released on the Digipak CD format, with the track listing matching the original UK releases. The recordings are taken from the same remasters as the 2015 hi-res digital releases. 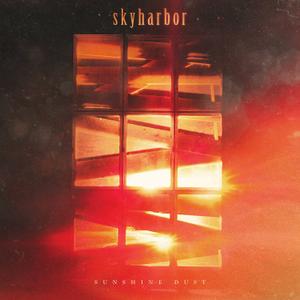 Skyharbor have called their first album in four years a labor of love, a fortuitous result after weathering the loss of two core members. On the evocatively titled Sunshine Dust, the quintet maintains their hard-rock roots, thanks to their thundering grooves, duelling guitars and agile percussion from new drummer Aditya Ashok. Meanwhile, new vocalist Eric Emery is at his emotive best when he sings about politics (“Dim”), instills courage (“Blind Side”) or confronts mortality (“Sunshine Dust”). Whether singing a delicate lyric or raging through a sonic mayhem, Skyharbor remains a destination for prog-metal fans. 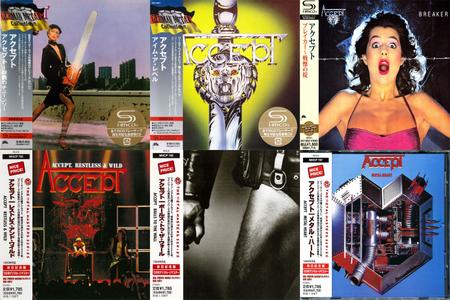 Accept is a German heavy metal band from the town of Solingen, formed in 1976 by guitarist Wolf Hoffmann and former members Udo Dirkschneider (vocals) and Peter Baltes (bass). Their beginnings can be traced back to the late 1960s, when the band got its start under the name Band X. Accept's lineup has changed over the years, which has included different singers, guitarists, bassists and drummers… 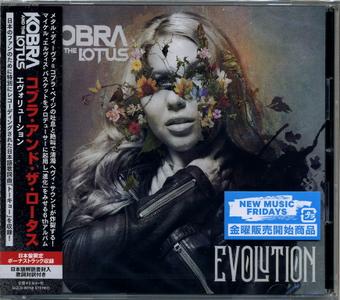 Evolution is the sixth studio album from Canadian heavy metal band Kobra and the Lotus. The work was released on 20 September 2019 via Napalm Records. Blabbermouth.net states that "The upcoming LP sees the band imbued with a new fire that comes through by way of undeniable hooks, soaring guitar riffs, marching drum beats, and the soulful, bombastic vocal delivery of lead singer Kobra Paige" going on to say that "No longer bound by old formulas and expectations from the past, "Evolution" comes through with a sound that is expansive and, at times, borders on outright swagger" and that "Each song feels like an Active Rock hit in the making, while still having the grit and feverish intensity that longtime fans have come to admire from KOBRA AND THE LOTUS." 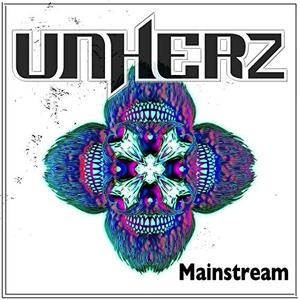 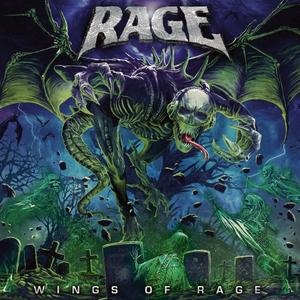 The long awaited new album is here! “WINGS OF RAGE” arrived to stay in the history of RAGE as one of the most emblematic releases of the band ever! 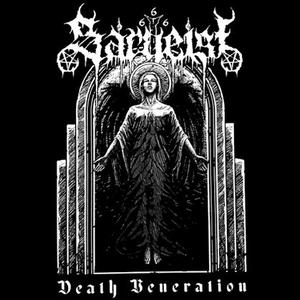 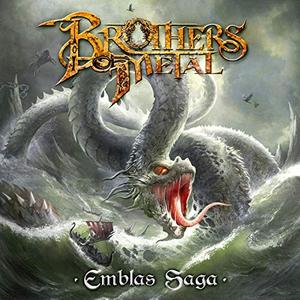 Brothers of Metal - Emblas Saga (2020)
WEB FLAC (Tracks) 390 MB | Cover | 55:13 | MP3 CBR 320 kbps | 133 MB
Rock, Hardrock, Metal | Label: AFM Records
Truth be told, there’s a decent chance that I wouldn’t be here writing within these hallowed halls without Brothers of Metal. You see, back in 2017 I was a mere lurker at AMG, and might have been content to continue in that capacity if I hadn’t seen a commenter recommending Prophecy of Ragnarök, the debut from the aforementioned Swedes. I checked it out and fell so hard for its sometimes hilarious, sometimes deadly serious take on Norse-mythologized folky power metal that I felt compelled to create a Disqus account just so I could express my thanks to the recommender.1 This broke the seal, and I slowly began to infect the comment section with awkward conversation and terrible jokes and eventually answered the casting call. Needless to say, I was beyond excited to hear that a follow-up to PoR was inbound, but is there any chance that it can live up to the expectations set by one of my very top albums of 2017?
Details
Publication archive