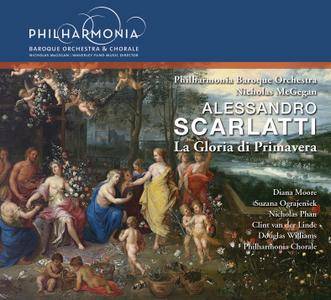 The San Francisco Chronicle called Scarlatti’s La Gloria di Primavera a “feast of vocal invention, supplemented by wondrous instrumental writing for a strikingly large orchestra” after Philharmonia Baroque Orchestra and Nicholas McGegan presented acclaimed western hemisphere premiere performances in October 2015. PBO and McGegan are delighted to be the first to record this newly-discovered 300 year old serenata. After Holy Roman Emperor Charles VI acquired the kingdom of Naples in a treaty, the Neapolitans commissioned their court composer, Alessandro Scarlatti, to compose a grand serenata to celebrate the birth of Charles VI’s son, prince John Leopold. Scarlatti wrote the piece within a few weeks and it was performed to audiences in Naples immediately following the birth. Unfortunately, just months after La Gloria di Primavera premiered, the celebrated infant died and the incredible work was forgotten. 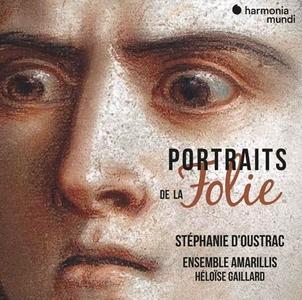 Having been relegated to a moral space of exclusion and fear in the Middle Ages, madness subsequently became a major social phenomenon. Brought under control and personified as 'Folly' in the seventeenth and eighteenth centuries, it provided scope for social and moral criticism, leading composers and librettists to give it a prominent place on the operatic stage. Here Stphanie d'Oustrac and the Amarillis ensemble present its multiple facets, from seduction to passionate love, from despair to joy, revealing the underlying truths of humanity in the Baroque era. 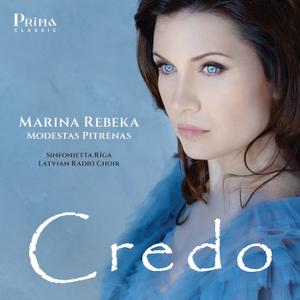 In these uncertain times, when changes seem so profound and unsettling, Marina Rebeka presents us with a selection of some of the most elevating music ever written to comfort and soothe the human spirit. Sacred music pieces by Mozart, Verdi, Stradella, Faur, Durante, Handel, Bach, and more, performed with the delicacy of Sinfonietta Riga and the Latvian Radio Choir, conducted by Modestas Pitrenas. This is music to listen to while reflecting on our own fragility, and understanding what is really important to us in life. 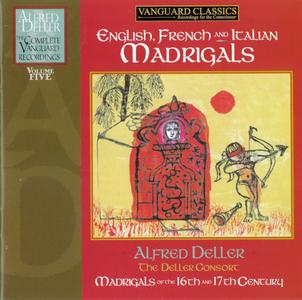 I grew up listening these recordings in LP. I always loved these charming performances of selected English, French, and Italian madrigals. At last we have these musical treasures in six Vanguard boxes. The dean of the countertenors, Alfred Deller, didn`t have a beautiful voice, but, as Callas among the sopranos, was instead, a very great singer and performer. Everything he and the ensemble sing is witty or moving. Not all the voices singing in the Deller Ensemble were really fine, but there is an outstanding unity in every piece and in the whole thing. 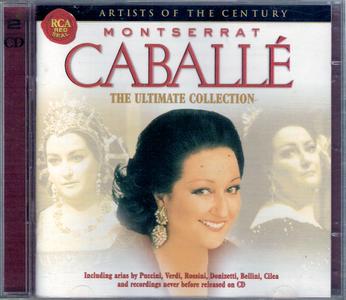 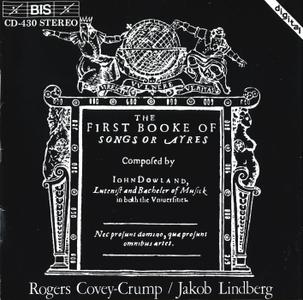 Rogers Covey-Crump, Jakob Lindberg - John Dowland: The First Booke of Songes or Ayres (1990)
EAC | FLAC | Image (Cue&Log) ~ 358 Mb | Mp3 (CBR320) ~ 182 Mb | Scans included
Classical, Renaissance, Vocal | Label: BIS | # BIS-CD-430 | Time: 01:15:37
John Dowland (1563–1626) was an English Renaissance composer, lutenist, and singer. He is best known today for his melancholy songs such as "Come, heavy sleep" (the basis of Benjamin Britten's 1963 composition for solo guitar, Nocturnal after John Dowland), "Come again", "Flow my tears", "I saw my Lady weepe" and "In darkness let me dwell", but his instrumental music has undergone a major revival, and with the 20th century's early music revival, has been a continuing source of repertoire for lutenists and classical guitarists. Dowland published his The First Booke of Songes or Ayres in London in 1597. It was one of the most influential and important musical publications of the history of the lute. This collection of lute-songs was set out in a way that allows performance by a soloist with lute accompaniment or various combinations of singers and instrumentalists.
Rogers Covey-Crump Jakob Lindberg Classical Renaissance Vocal John Dowland CD-Rip FLAC MP3
Details 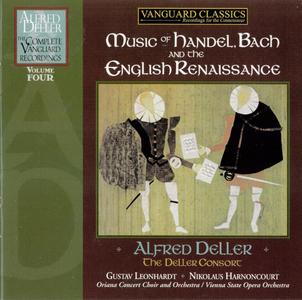 CD1 Handel, where we find Alfred Deller and his partners conducted by Antony Lewis. It is the occasion to hear beautiful tunes, although it seems to me that Deller is not in the repertoire which suits him best. CD2 again Handel, "Ode for the birthday of Queen Anne", it is deeper and more lively, more embodied. Sacred pages of Bach follow; and there, we must hear Deller, this disturbing, unique timbre, so different from more recent interpretations … an angel. 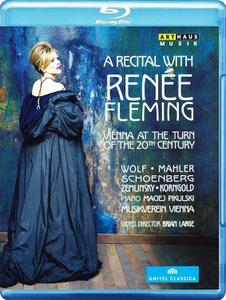 This concert is Renee Fleming's very personal homage to 'Fin de Siecle' Vienna. At the turn of the last century, the capital of the Austrian Empire was also one of the cultural centers for the fi ne arts and, in particular, for music. The city of Haydn, Mozart and Beethoven, a 'melting pot' of cultures and musical traditions, attracted gifted musicians and composers alike and provided the perfect soil for much of the greatest music of that time. With this selection of works by Hugo Wolf (1860 -1903) and Gustav Mahler (1860 -1911), combined with more progressive songs by Alexander Zemlinsky (1871 - 1942), Arnold Schoenberg (1874 - 1951) and Erich Wolfgang Korngold (1897 - 1957), Renee Fleming presents to us the full variety of this unique epoch. The venue of her recital with Maciej Pikulski at the piano is, of course, the Golden Hall of the Musikverein Vienna. 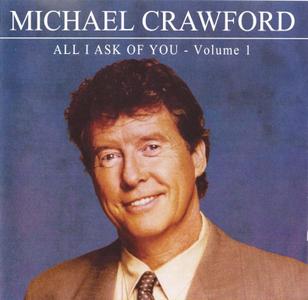 Michael Crawford - All I Ask Of You - Volume 1 (2005)
Vocal, Stage & Screen, Show Tunes | EAC Rip | FLAC, Img+CUE+LOG+Scans (JPEG) | 01:08:47 | 404,40 Mb
Label: Crimson3 (EU) | Cat.# CRIMBX56/1 | Released: 2005
Most popular to theater audiences from his title role in Andrew Lloyd Webber's version of The Phantom of the Opera, Michael Crawford was in fact a star of the British stage and screen for almost two decades before that. Born in Wiltshire, England, in 1942, he began singing in the school choir and, while still a teenager, changed his name from Dumble-Smith to the more charismatic Crawford and began working in radio, television, and film. After first stepping on the London stage in the early '60s, Crawford's first regular television series was the BBC's 1960s show Not So Much a Programme, More a Way of Life; he appeared in several films as well (The War Lover, A Funny Thing Happened on the Way to the Forum, and a starring turn in How I Won the War, which also featured John Lennon).
Vocal Stage & Screen Show Tunes lossless CD-Rip FLAC 2005 Easy Listening Broadway
Details 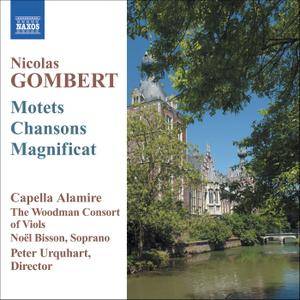 It's always great to encounter the recording that can "crack" a composer open, making his or her music accessible to a general listening public. And it's all the better when such a recording comes from beyond the usual quarters, as, for example, with this American recording of Renaissance polyphony. Nicolas Gombert was a Flemish Renaissance composer, a successor (and possibly a student) of Josquin who entered the service of Holy Roman Emperor Charles V. His music, especially in his masses, tends to present itself as a dense, unbroken flow of polyphony. Gombert is one of the composers music history students tend to slog through in hopes of getting to the good stuff. One noted Renaissance scholar used to refer to him, Adrian Willaert, and Giaches de Wert as "the Ert brothers." All that could change with this disc of Gombert motets and chansons. These works are less dense than his masses, but not by much, and they are considerably less limpid than Josquin's pieces in the same genres. But here it is the performances that clarify them. The Massachusetts ensemble Capella Alamire (the name is a pun on an aspect of an old solmization system) under director Peter Urquhart, recording in a church in Portsmouth, NH, slows the motets down slightly and addresses them with a group of eight singers – the black belt of choral singing. 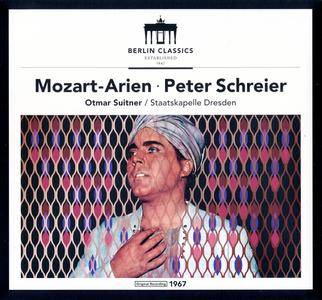 Peter Schreier - Wolfgang Amadeus Mozart: Arias (1967) Remastered Reissue 2016
Staatskapelle Dresden; Otmar Suitner, conductor; Walter Olbertz, cembalo
EAC | FLAC | Image (Cue&Log) ~ 270 Mb | Mp3 (CBR320) ~ 119 Mb | Scans ~ 180 Mb
Genre: Classical, Vocal | Label: Berlin Classics | # 0300754BC | Time: 00:51:51
Peter Schreier is unquestionably one of the greatest tenors of the twentieth century. For over 40 years he was known above all for his embodiment of Mozart tenor roles, and dazzled as a lieder singer in songs by Schubert, Schumann and Hugo Wolf. The sacred works of Johann Sebastian Bach, his oratorios and passions, formed another key element in the repertory of this native Saxon. He sang at all the world’s major opera houses – at the New York Met, at La Scala in Milan, in Buenos Aires, Vienna and Paris – and needless to say on his “home turf” of Dresden and Berlin. Not forgetting his many years of guest appearances at the Bayreuth and Salzburg Festivals. It was in Salzburg, in 1967, that he sprang into the breach as Tamino in place of Fritz Wunderlich, who died so tragically young. The successes that followed thick and fast upon that were to make Peter Schreier into the opera world’s Mozart tenor of choice in the course of the following decades.
Peter Schreier Staatskapelle Dresden Otmar Suitner Mozart Wolfgang Amadeus Mozart Classical CD-Rip + Scans FLAC MP3 Opera Vocal
Details 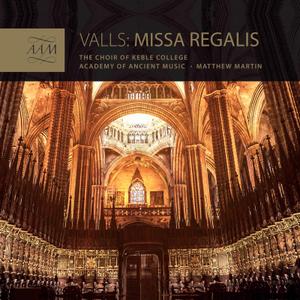 AAM Records’ newest release features the Academy of Ancient Music joining forces with The Choir of Keble College and director Matthew Martin in a landmark recording of Francisco Vall’s ‘forgotten’ Missa Regalis [1740]. Performed from a new edition by Simon Heighes, Valls’ fascinating (and frequently confusticating) juxtaposition of ancient and ‘modern’ compositional styles provides a intriguing glimpse into the treasure-trove of Spanish baroque music, much of which remains relatively unknown to the wider world. 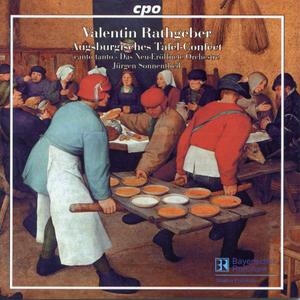 Valentin Rathgeber was a very successful composer in Germany in the first half on the 18th century. He was born in Fulda and studied theology in Würzburg where he also became a schoolmaster and an organist. In 1707 he entered the monastery at Banz as a chamber musician, and there he was ordained in 1711. In the same year he was appointed choirmaster, a post he held until his death. As a composer he concentrated on writing sacred music for churches which couldn't afford professional singers and players. His music is melodious and technically not very demanding. This was the main reason it became very popular throughout Germany. 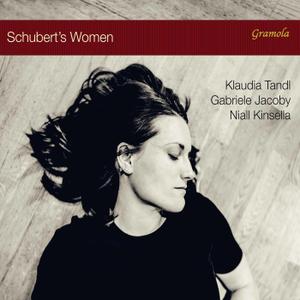 The Austrian mezzo-soprano Klaudia Tandl, the acting legend Gabriele Jacoby and the Irish pianist Niall Kinsella present "Schubert's Women" with Schubert songs and recitations by contemporary poets with a strong connection to women and the subject "love". There are classics like Das Heidenröslein, You Don't Love Me, The Girl's Lament or Only Who Knows Longing, but also lesser known songs like Luisen's Answer, Thekla or Gretchen's Request. This is accompanied by texts by Johann Wolfgang von Goethe, Ludwig Rellstab, Friedrich Schiller, Ignaz Franz Castelli, and Friedrich Gottlieb Klopstock, which Gabriele Jacoby staged in a unique way. 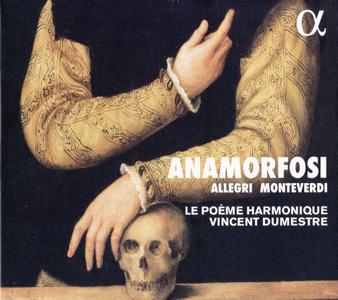 Allegri’s Miserere, its heartbreaking harmonies, its verses alternately chanted and ornamented, its seraphic voices: sheer Baroque magic. Since its composition in Rome in 1630, the work has constantly been transformed. Le Poème Harmonique approaches the score through the prism of its metamorphoses, the ornaments and transpositions added since the time when Mozart himself transcribed the piece, then jealously guarded by the Vatican, which punished publication of it with anathema.