This spectacular opera film was taped in 1967 and is based on the 1966 Salzburg Festival production directed by Herbert von Karajan himself, who also conducts the fabulous Vienna Philharmonic Orchestra. The production features the three greatest exponents of their respective roles at the time: Grace Bumbry’s magnificently seductive-toned Carmen, Mirella Freni’s ineffably lovely, touching Micaëla and Jon Vickers’s thrillingly manic-depressive Don José. 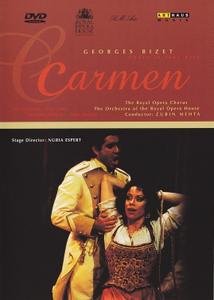 The libretto, by Henri Meilac and Ludovic Halévy, is based on a novella by Prosper Mérimée. The first performance of Carmen on 3 March 1875, produced such a hostile reaction that Bizet left Paris physically and psychologically ill, and died only three months later on 3 June 1875, following two serious heart attacks. The massive scandal of the premiere may have been partially the result of Bizet’s attempt to reform the Opéra Comique genre, yet it must still be said that Carmen is operatic history’s most famous example of a failure being corrected by the passage of time: Carmen is now one of the most frequently performed operas in the world. The major Spanish actress and producer Nuria Espert was brought in for the production at London’s Royal Opera House, Covent Garden in 1991, while the authentic Flamenco choreography comes from Cristina Hoyos and is danced by, among others, Juan Ortego. For the musical side of this successful production Zubin Mehta had top vocalists at his disposal to perform the roles of Carmen, Don José and Escamillo. 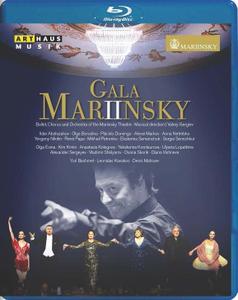 The Mariinsky Theatre in St. Petersburg is one of the most prestigious opera and ballet venues in the world. Built in 1860 and named in honour of Maria Alexandrovna of Hesse-Darmstadt, wife of Czar Alexander II, it is home to the famous Mariinsky Ballet as well as numerous international stars and ensembles. After the turn of the millennium it was painstakingly restored; and since 2013, St. Petersburg's Theatre Square has been crowned with the "Mariinsky II" an imposing new arts and performance venue. At its inauguration on May 2, 2013, the highly gifted conductor Valery Gergiev led a veritable who's who of the classical music world. 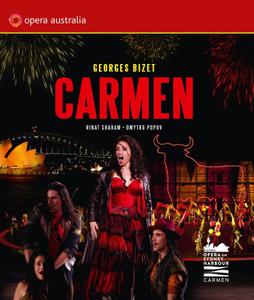 Carmen, a tempestuous opera written by Georges Bizet, is set in the city of Seville, Spain. Carmen is sexy and capricious, and freely taunts the soldiers around her saying she will love or discard whom she chooses just as she pleases. But, after attacking another woman at the cigarette factory with a knife Carmen has to use her seductive skills on her guard, Don Jose, to escape going to prison. Passion between Don Jose and Carmen, and Escamillo, a celebrated toreador who is infatuated with her, leads to jealousy, violence and death. Rinat Shaham with her sublime singing dominates the bull-fighting arena as the provocative and alluring Carmen, while Dmytro Popov portrays Don Jose with a perfect mix of naivety and mad desire, his rich tenor rolling out across the bay.