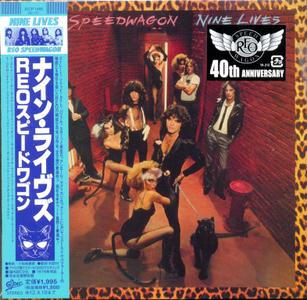 REO Speedwagon gets slagged regularly, but they always deliver in concert and the freewheelin' Nine Lives, their (natch) ninth, sports one cool sleeve: tight leather, suspenders, fishnets, and cat chicks. The black circle inside rocks mightily also. Bassman Bruce Hall steps up to the plate with "Back on the Road Again," a stadium stage staple that kept these Illinois boys makin' noise on the radio. The Caribbean vibe in the hard luck "Easy Money" can't touch the Scorpions' 1979 foray into reggae ("Is There Anybody There?"), but old reliable axeman Gary Richrath keeps the number burning. The obligatory ballad, "I Need You Tonight," is one of REO's best cuts ever with priceless piano from Neal Doughty, the most unsung keyboardist alive. 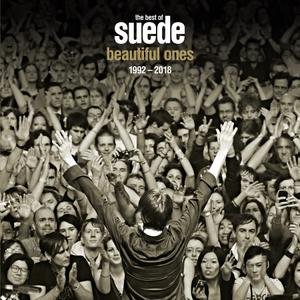 Demon Music are releasing a new Suede compilation called Beautiful Ones: The Best of Suede 1992-2018 which will be available as a 4CD, 6LP vinyl and 2LPs packages. 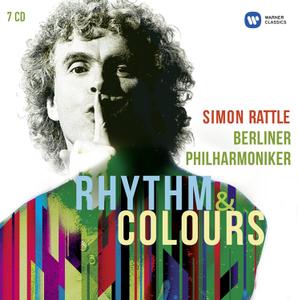 From the moment he first raised the baton as principal conductor of the Berliner Philharmoniker in 2002, Sir Simon Rattle brought electrifying energy and a unique vision to the traditions established under his illustrious German predecessors, Karajan and Abbado. Renowned as one of the finest orchestras in the world, the Berliner Philharmoniker have thrived for 15 years under the guidance of the British maestro, its deep understanding of the great Germanic masterpieces enriched by new directions and broader musical horizons. The Rhythm & Colours box set celebrates this long and fruitful partnership with seven bestsellers and prize-winning Berlin Philharmoniker albums from the Rattle years. From monumental Mahler to the explosive rhythms of Stravinsky’s Rite of Spring and Carl Orff’s Carmina Burana; from the sensual colours of Debussy to the soaring anthems of The Planets by Rattle’s countryman Gustav Holst, Rhythm & Colours showcases the very best of Rattle’s legacy in Berlin. 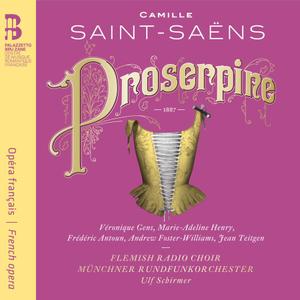 The protagonist of Saint-Saëns’ Proserpine, premiered at the Opéra-Comique on 14 March 1887, is no reincarnation of the ancient goddess, but a Renaissance courtesan well versed in culpable amours. According to the composer, she is ‘a damned soul for whom true love is a forbidden fruit; as soon as she approaches it, she experiences torture’. Yet for all the innocence of her rival Angiola, the unexpected happens: ‘It is the bloodthirsty beast that is admirable; the sweet creature is no more than pretty and likeable.’ Visibly enraptured by this delight in horror, Saint-Saëns indulges in unprecedented orchestral modernity, piling on the dissonances beneath his characters’ cries of rage or despair. He concluded thus: ‘Proserpine is, of all my stage works, the most advanced in the Wagnerian system.’ The least-known, too, and one which it was high time to reveal to the public, in its second version, revised in 1899. 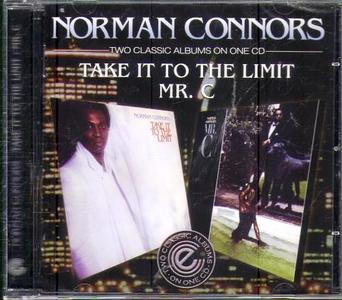 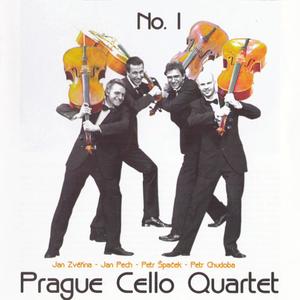 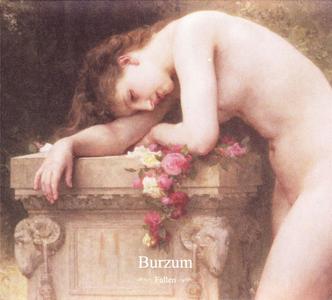 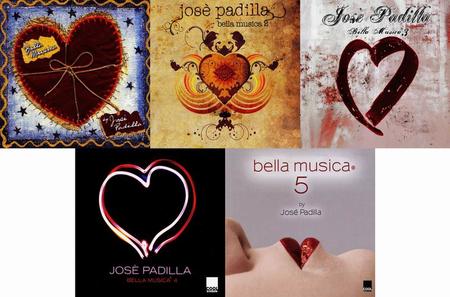 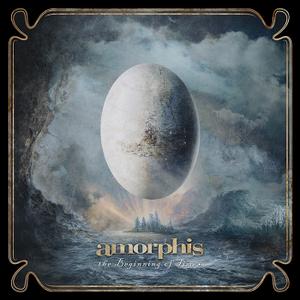 Being in the game for more than 20 years successful melancholic dark rock/metal masters AMORPHIS still manage to surprise, to delight and to step up to their status. With their tenth studio album »The Beginning Of Times« these Finns prove once more that there is no other band if it comes to amazing, natural sounding melodies, deep emotions and a bit of unique sonic darkness - powerfully performed with some more really heavy parts this time around. This album will be your soundtrack for both cosy summer nights as well as the following fall and winter season! The central character of the new songs is the iconic hero of Finnish mythology, Väinämöinen, whose tale has been masterfully retold by lyricist Pekka Kainulainen. The new album definitely marks AMORPHIS' most challenging release so far in terms of both music and lyrics. It comprises 12 songs with a total length of 54 minutes. In addition, the first edition digipack will include the bonus track „Heart's Song“.

RanestRane is an Italian prog band from Rome that was formed in 1996. The aim of the musicians involved in this project was to compose and perform a rock-opera, so they chose a famous Werner Herzog's film, "Nosferatu The Vampyre", and commented it with music and original lyrics. They started their live activity in 2000 and conceived their shows as a "cineconcerto", with the images of the Herzog's film flowing in the background. In 2007 they released their rock-opera on a self-produced studio album, a double CD called "Nosferatu il Vampiro", and they have continued with works based on "The Shining" and "2001: A Space Odyssey". Among their musical influences you can find bands like Goblin, PFM, BMS, Genesis, and Marillion, to name a few. Incidentally, the band makes up a large part of the reorganized Il Rovescio della Medaglia. 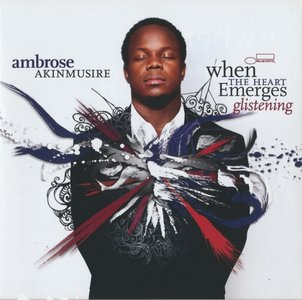 Trumpeter Ambrose Akinmusire is a forward-thinking musician with a bent toward atmospheric post-bop. Born in Oakland, California, Akinmusire showed early promise by his teens and gigged professionally while also playing in the Berkeley High School Jazz Ensemble. Early encounters with such luminaries as saxophonists Joe Henderson and Steve Coleman pushed Akinmusire to focus a keen eye on his own development. 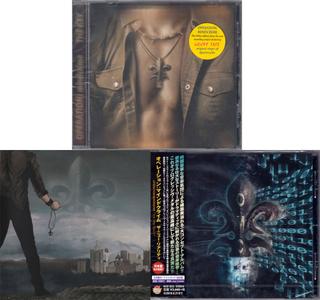 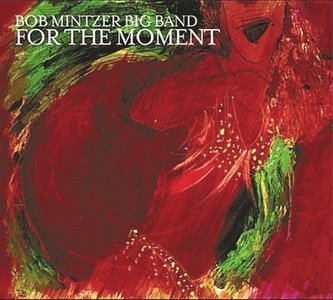 The Grammy Award–winning Bob Mintzer Big Band has explored diverse styles of music in its illustrious 25-year recording history—from New York and Afro-Cuban to Count Basie and John Coltrane. On the band’s new MCG Jazz CD, "For the Moment," which is scheduled for release June 19, saxophonist/composer/arranger/bandleader Mintzer puts the spotlight on Brazilian music. 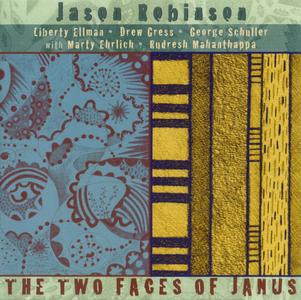 Currently serving as Assistant Professor of Music at Amherst College in Massachusetts, multi-reedist Jason Robinson originally obtained his Ph.D. in music from the University of California. A promising new arrival to the East Coast scene, Robinson's academic background imbues his episodic writing with an organically cohesive sensibility, while his years spent co-leading the longstanding bicoastal ensembles Cosmologic and the Cross Border Trio lend his focused improvisations a warm, economical lyricism. 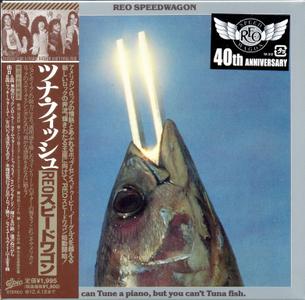 You Can Tune a Piano, But You Can't Tuna Fish was a breakthrough album for REO Speedwagon in a sense, gelling the guitar craft of Gary Richrath and the vocals of Kevin Cronin with songs that rambled and rolled and never stopped for air. Richrath's style finally formed some catchy hooks, and Cronin's songwriting is solid, while his voice sounds rejuvenated and downright fiery. "Roll with the Changes" and "Time for Me to Fly" only made it to number 58 and number 56 on the charts, but the album's sales trumped all of the chart statistics, giving REO its second platinum-selling album.