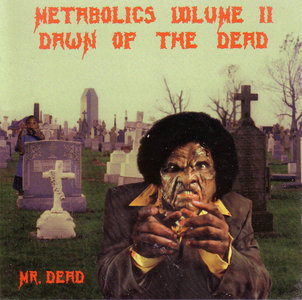 Mr. Dead is a rapper that is about horrorcore and other cores no one can even pronounce. A visionary of death metaphors who was a part of the group Metabolics. Metabolics Volume II: Dawn Of The Dead was released in 2000 by Wordsound Records.