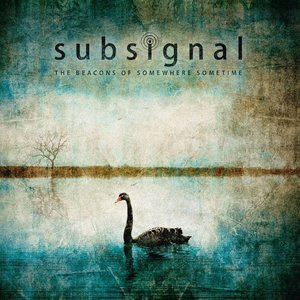 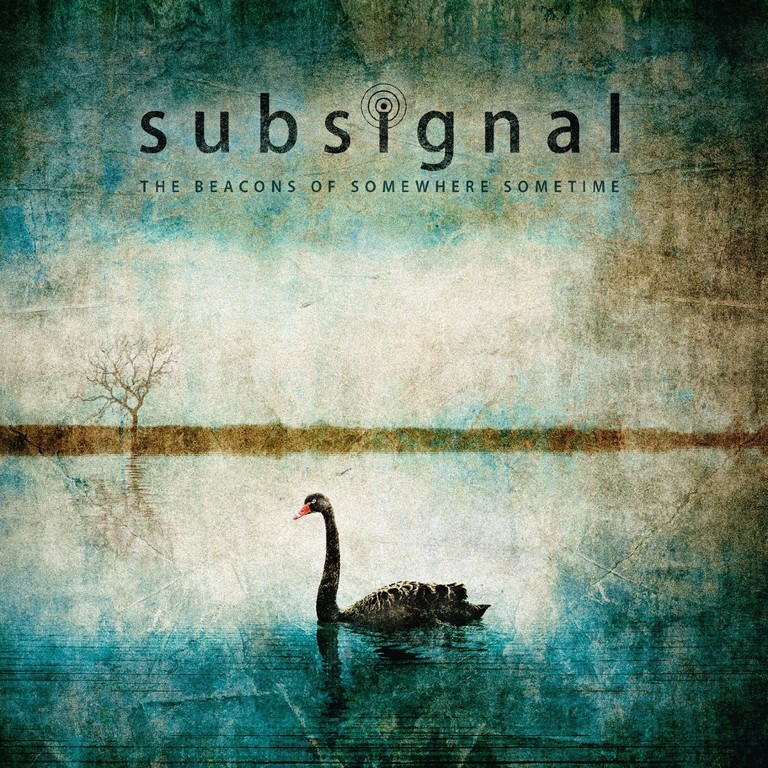 Originally intended as a side-project, Subsignal were founded back in 2007 by former Sieges Even members Arno Menses (Vocals) and Markus Steffen (Guitars). The first result of this collaboration was a song called ‘A Wallflower On The Day Of Saint Juliana’ which eventually appeared under the title ‘Eyes Wide Open’ on the 2007-Sieges Even-output ‘Paramount’. After Arno and Markus had left the band in the summer of 2008, they immediately started to look for adequate musicians to turn the project into a functional ‘real’ band. The first to join was Ralf Schwager (Bass), who was known for his work with German progmetal outfit Dreamscape. The line-up was completed by the Dutch drummer Roel van Helden (Sun Caged) and keyboarder David Bertok (also Dreamscape).

Subsignal define their style as progressive, with an openness to different genres such as AOR, Metal, Pop etc. Arno and Markus describe the music with words like ’melancholic’, ‘emotional’, ‘innovative’ and ‘melodic’. They are aiming to catch up were Sieges Even stopped, but with a stronger focus on the live performances and a greater openness to other musical directions.

Subsignal recorded their highly acclaimed debut album ‘Beautiful & Monstrous’ in Spring 2008. The CD was co-produced by Kristian Kohlmannslehner who was also responsible for Sieges Even’s 2007 output ‘Paramount’. The album ‘Beautiful & Monstrous’ has been released worldwide on September 25, 2009 through Golden Core/Zyx Records. (UK Release on 22 February 2010 via Cargo / US Release on 22 February 2010 via Koch Records).

Subsignal played their first official show at the 2009 edition of the famous ‘Night Of The Prog Festival’ at the Loreley in Germany followed by several headliner shows and some concerts in support of the German Krautrock-Legend ‘Jane’ in Autumn 2009. In Spring 2010 Subsignal embarked on the second leg of their ‘Beautiful & Monstrous’-tour, supporting the Canadian progrock stars ‘-SAGA’ and doing several solo concerts in Germany, Switzerland, Austria and Italy as well. The successful tour ended in Fall 2010 with a show at the German H.E.A.T.-Festival.

In Spring 2011 the band started with the recordings for their second album entitled ‘Touchstones’. This time the band followed a different recording concept: Drums were done – once again – by Kristian Kohlmannslehner, while guitars and bass were recorded by Kalle Wallner (known for his work with RPWL and Blind Ego). Vocal recordings were done by Charly Czajkowski , who is the front-of-house-engineer of Subsignal. ‘Touchstones’ was mixed and mastered by Kristian Kohlmannslehner.

In the week of its release ‚Touchstones‘ entered the official German Charts at position 53. After the release of ‚Touchstones‘ the band embarked on an European tour with celebrates shows such as at the 2011-edition of the Progpower Europe Festival. In May 2012 Subsignal filmed a show of the tour and released their first DVD called ‚Out There Must Be Something – Live in Mannheim 2012‘ via ZYX Records in Fall 2012.

In February 2013 Subsignal entered the studio to record the third album entitled ‚Paraíso‘. This time the CD was produced by guitarist Markus Steffen, Arno Menses and Subsignal‘s FoH, Charly Czajkowski. ‚Paraíso‘ contains 10 songs with a full playing time of approx. 60 minutes. The song ‚The Blueprint of a Winter‘ features the Mexican vocal diva Marcela Bovio. She is well-known for her work with Stream of Passion and Arjen Lucassen’s Ayreon. Three tracks of the album featured string quartets which were recorded in Los Angeles, USA. The special edition of ‘Paraíso’ will contained a live recording of the band’s 2012 performance in Mannheim, Germany. `Paraíso`entered the German charts just like its predecessor ‘Touchstones’.

After the release of ‘Paraíso` Subsignal played yet another successful European tour (with an appearance at the famous Rock of Ages-Festival in Germany). And in May 2014 the band played their first USA-show at the Rites-of-Spring-Festival in Gettysburg (PA). After returning from the ‚Paraíso‘-tour, Subsignal parted company with drummer Danilo Batdorf and keyboard player David Bertok. Arno Menses and Markus Steffen immediately began writing new material for the fourth album ‚The Beacons of Somewhere Sometime‘.

After one year of intensive song writing, the album was produced by Markus Steffen, Arno Menses and Charly Czajkowski in Spring 2015. Keyboards were recorded by Luca Di Gennaro (Soul Secret), drums by Dirk Brand (Axxis, Geoff Downes & John Wetton). The album has a full length of about 70 minutes (with its title track clocking in at over 20 minutes), exploring an emotional depth that is new to Subsignal. Even if ‚The Beacons of Somewhere Sometime‘ is not a typical concept work, there are certain musical themes that reappear throughout the album. The lyrics deal with subjects such as loss, parting or unexpected incidents that cannot be controlled. Commented guitarist Markus Steffen:„‚The Beacons of Somewhere Sometime‘ is certainly our most emotional and intense album. I went through some not so enjoyable things the last two years, and I guess some of that stuff went directly into our song writing. But on the other hand, ‚Beacons‘ was pretty easy to write, and it is probably a Subsignal album that is very close to what Arno and I did in Sieges Even some years ago.“ 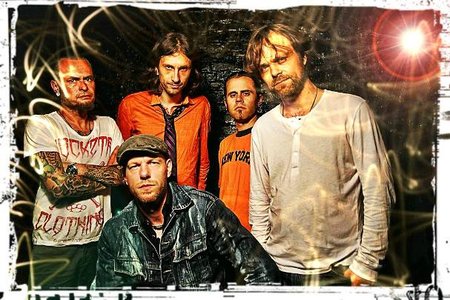 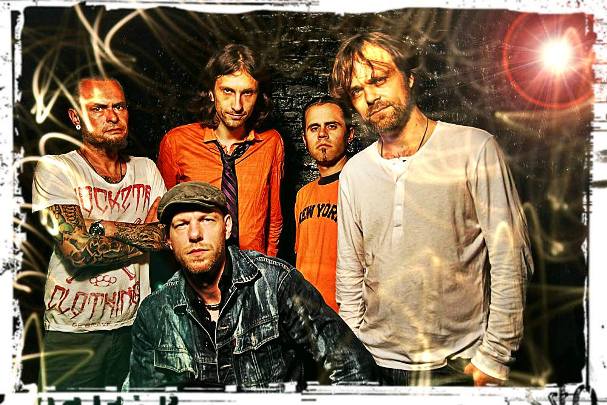 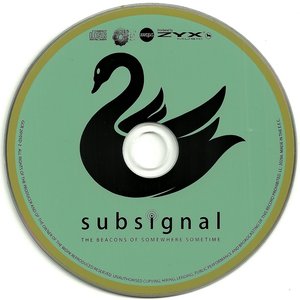 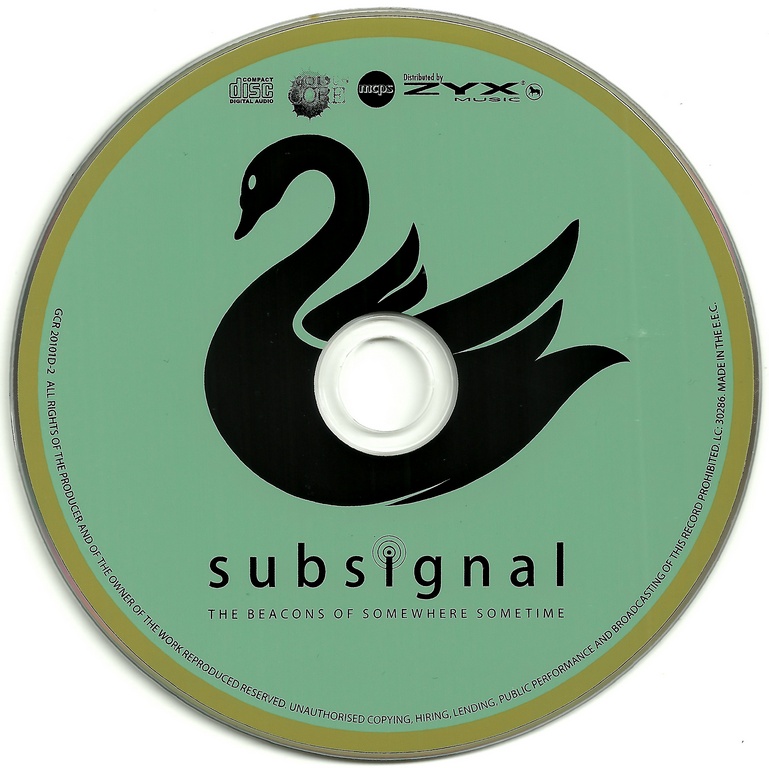 Subsignal / The Beacons Of Somewhere Sometime


TOC of the extracted CD

None of the tracks are present in the AccurateRip database 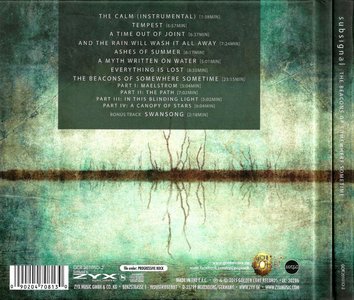 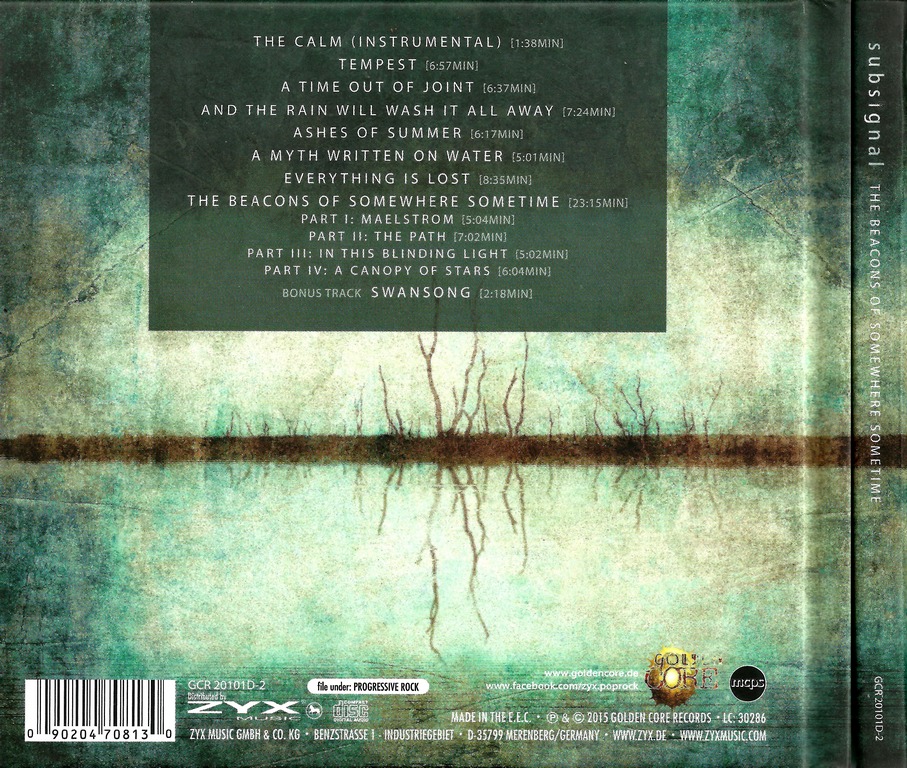 All thanks go to kolushew