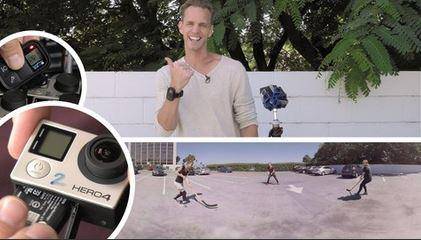 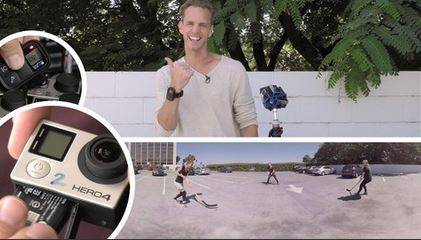 Filming professional 360 video can be intimidating without the right workflow in place. This video course walks the aspiring VR filmmaker through all the steps necessary to take a sphere of GoPro cameras and transform the footage into professional 360 video content that can be published to YouTube, GearVR, VRideo and other 360 platforms.

With 20 video lessons, this course will explain how to set up and prepare your equipment for a 360 VR shoot, best practices for achieving quality results, and the post-production process of stitching and editing 360 videos.

Basic troubleshooting and stitching techniques for Autopano Video Pro are covered in the post-production lessons as well as some tips for color correcting footage. We'll go on a sample demo shoot together and stitch that footage in the lesson.

BOOKMARK Me To Get Updates