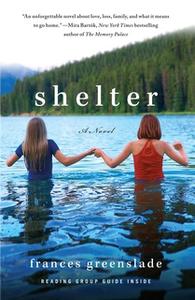 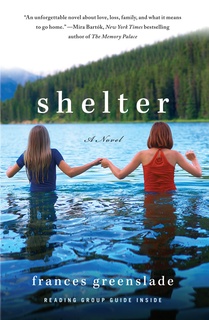 For sisters Maggie and Jenny growing up in the Pacific mountains in the early 1970s, life felt nearly perfect. Seasons in their tiny rustic home were peppered with wilderness hikes, building shelters from pine boughs and telling stories by the fire with their doting father and beautiful, adventurous mother. But at night, Maggie—a born worrier—would count the freckles on her father’s weathered arms, listening for the peal of her mother’s laughter in the kitchen, and never stop praying to keep them all safe from harm. Then her worst fears come true: Not long after Maggie’s tenth birthday, their father is killed in a logging accident, and a few months later, their mother abruptly drops the girls at a neighbor’s house, promising to return. She never does.

With deep compassion and sparkling prose, Frances Greenslade’s mesmerizing debut takes us inside the extraordinary strength of these two girls as they are propelled from the quiet, natural freedom in which they were raised to a world they can’t begin to fathom. Even as the sisters struggle to understand how their mother could abandon them, they keep alive the hope that she is fighting her way back to the daughters who adore her and who need her so desperately.

Heartwarming and lushly imagined, Shelter celebrates the love between two sisters and the complicated bonds of family. It is an exquisitely written ode to sisters, mothers, daughters, and to a woman’s responsibility to herself and those she loves.