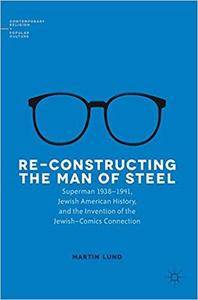 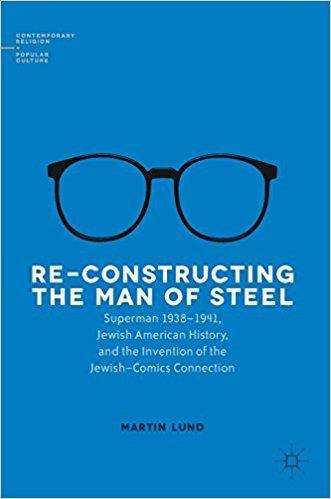 Re-Constructing the Man of Steel: Superman 1938–1941, Jewish American History, and the Invention of the Jewish–Comics Connection by Martin Lund
English | 2016 | ISBN: 3319429590 | 215 Pages | PDF | 3.9 MB
In this book, Martin Lund challenges contemporary claims about the original Superman’s supposed Jewishness and offers a critical re-reading of the earliest Superman comics. Engaging in critical dialogue with extant writing on the subject, Lund argues that much of recent popular and scholarly writing on Superman as a Jewish character is a product of the ethnic revival, rather than critical investigations of the past, and as such does not stand up to historical scrutiny. In place of these readings, this book offers a new understanding of the Superman created by Jerry Siegel and Joe Shuster in the mid-1930s, presenting him as an authentically Jewish American character in his own time, for good and ill.

On the way to this conclusion, this book questions many popular claims about Superman, including that he is a golem, a Moses-figure, or has a Hebrew name. In place of such notions, Lund offers contextual readings of Superman as he first appeared, touching on, among other ideas, Jewish American affinities with the Roosevelt White House, the whitening effects of popular culture, Jewish gender stereotypes, and the struggles faced by Jewish Americans during the historical peak of American anti-Semitism.

In this book, Lund makes a call to stem the diffusion of myth into accepted truth, stressing the importance of contextualizing the Jewish heritage of the creators of Superman. By critically taking into account historical understandings of Jewishness and the comics’ creative contexts, this book challenges reigning assumptions about Superman and other superheroes’ cultural roles, not only for the benefit of Jewish studies, but for American, Cultural, and Comics studies as a whole.