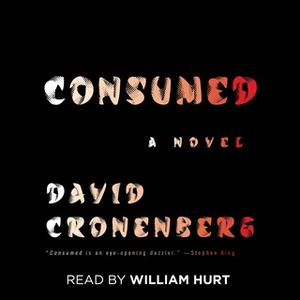 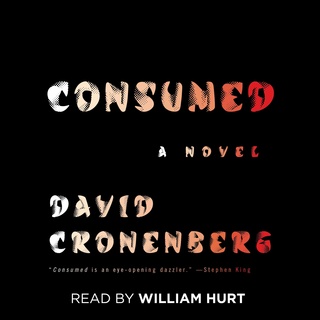 “An eye-opening dazzler” (Stephen King) about a pair of globetrotting, gore-obsessed journalists whose entanglement in a French philosopher’s death becomes a surreal journey into global conspiracy from legendary filmmaker David Cronenberg.

Stylish and camera-obsessed, Naomi and Nathan thrive on the yellow journalism of the social-media age. Naomi finds herself drawn to the headlines surrounding a famous couple, Célestine and Aristide, Marxist philosophers and sexual libertines. Célestine has been found dead, and Aristide has disappeared. Police suspect him of killing her and consuming parts of her body. Yet Naomi sets off to find him, and as she delves deeper into the couple’s lives, she discovers the news story may only skim the surface of the disturbing acts they performed together.

Journalist Nathan, meanwhile, is in Budapest photographing the controversial work of an unlicensed surgeon named Zoltán Molnár, once sought by Interpol for organ trafficking. After sleeping with one of Molnár’s patients, Nathan contracts a rare STD called Roiphe’s and travels to Toronto, determined to meet the man who discovered the syndrome. Dr. Barry Roiphe, Nathan learns, now studies his own adult daughter, whose bizarre behavior masks a devastating secret.

These parallel narratives become entwined in a gripping, dreamlike plot that involves geopolitics, 3-D printing, North Korea, the Cannes Film Festival, cancer, and, in an incredible number of varieties, sex. Consumed is an exuberant, provocative debut novel from one of the world’s leading film directors, a writer of “fierce sculptural intensity” (Jonathan Lethem, The New York Times Book Review) who makes it “impossible to look away” (Publishers Weekly).