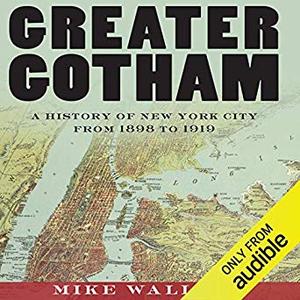 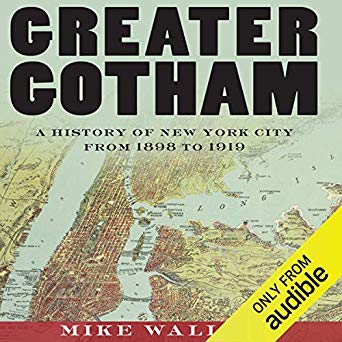 In this utterly immersive volume, Mike Wallace captures the swings of prosperity and downturn, from the 1898 skyscraper-driven boom to the Bankers' Panic of 1907, the labor upheaval, and violent repression during and after the First World War. Here is New York on a whole new scale, moving from national to global prominence - an urban dynamo driven by restless ambition, boundless energy, immigrant dreams, and Wall Street greed.

Within the first two decades of the 20th century, a newly consolidated New York grew exponentially. The city exploded into the air, with skyscrapers jostling for prominence, and dove deep into the bedrock where massive underground networks of subways, water pipes, and electrical conduits sprawled beneath the city to serve a surging population of New Yorkers from all walks of life. New York was transformed in these two decades as the world's second-largest city and now its financial capital, thriving and sustained by the city's seemingly unlimited potential.