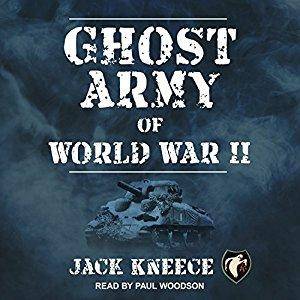 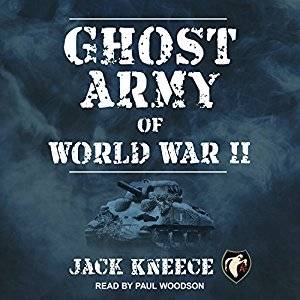 In 1941, the US began to form a hand-picked army to fight in Europe. What made it different is that its troops were composed of artists, actors, meteorologists, and sound technicians, and their true mission was not to fight, but to deceive the German Army. Information about the 23rd Headquarters Special Troops was classified top secret until 1996. Following the declassification, Jack Kneece interviewed many of the key personnel involved in this elaborate ruse, including fashion designer Bill Blass. Until the bombing of Pearl Harbor, many Americans were opposed to becoming involved in the war in Europe, and the military was ill-prepared to fight, with only 130,000 enlisted troops and equipment left over from World War I. One solution was to create a special force that gave the illusion of 30,000 heavily armed men. In fact, there were only 1,000. German soldiers referred to them as the "Phantom Army" because one moment they were in one place, and the next, they were attacking their flanks or from the rear. This small army duped the Germans successfully in 21 separate operations during World War II, many of which took place within a few hundred yards of the front lines.