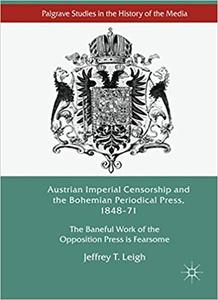 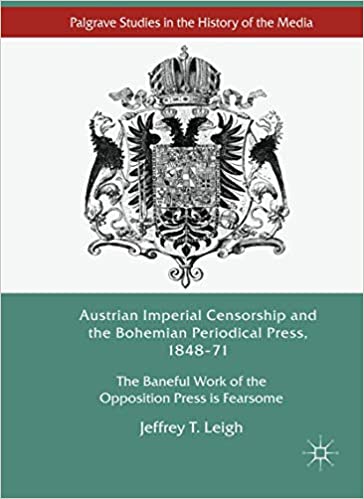 Jeffrey T. Leigh, "Austrian Imperial Censorship and the Bohemian Periodical Press, 1848–71: The Baneful Work of the Opposition Press is Fearsome"
English | ISBN: 331955879X | 2017 | 330 pages | EPUB | 757 KB
This book analyzes the conduct of press policy in Bohemia from the Revolutions of 1848 through the period of the Tábory, 1867-71. In the aftermath of the revolutions, the Habsburg state, far from constituting an historical relic, proved itself boldly innovative, inaugurating liberal reforms, most importantly the rule of law. While the reforms helped it to survive its immediate challenges, they nonetheless, quite paradoxically, created an environment in which the periodical press continued to advance perspectives emblematic of the revolution, even during the era of Neoabsolutism. This new legal environment fostered the rise of the bourgeois public sphere, as theorized by Jürgen Habermas, and the very political movements that would contribute to its demise, as signaled in the Tábory campaign of 1867-71. At the nexus of civil society and the state stood the provincial Habsburg officials responsible for public order and security. Their experience was one of endeavoring to balance the ideals of the rule of law imposed by the Imperial center and their own vital concerns regarding the survival of the Monarchy. This work, for the first time, concentrates on the role of these officials who determined what would―and would not―appear in print.