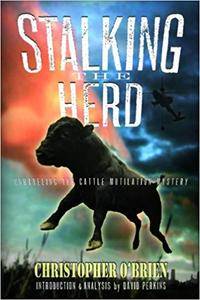 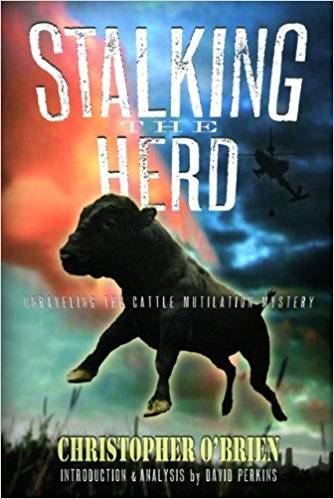 Christopher O'Brien, "Stalking The Herd: Examining the Cattle Mutilation Mystery"
English | ISBN: 1939149061 | 2013 | 384 pages | EPUB, AZW3 | 4 + 4 MB
Who or what is behind the cattle mutilations? The cattle mutilation phenomenon is an ongoing mystery that has endured for almost 50 years. What have we learned, if anything, from the countless reports filed? Who or what is behind the death and disfigurement of livestock reported as mutilated around the globe? Are these deaths simply attributable to natural predators and scavengers? Or is the military/government somehow involved; perhaps monitoring mad cow disease ? Are the deaths the action ofritual cultists as police say the evidence would suggest? Is it possible that alien predators are involved, as some researchers and the media have suggested? Are black helicopters or UFOs related to the cattle mutilation phenomenon as many witnesses have claimed? Regardless of who or what is responsible, what are the motivations behind perpetrating what may be the greatest unsolved serial crime spree of all time?
STALKING THE HERD addresses these questions in depth and, also, offers an objective look at the history of our venerated relationship with cattle, the first domesticated livestock. Is there a connection between these ritualistic cattle deaths and humankind's ancient practice of animal sacrifice? Why are there no Brahman cattle mutilations in India where cattle are revered to this day? Are aliens gathering genetic material for unknown purposes? What about the thousands of pounds of scientific forensic evidence? Are some hidden sections of the military conducting secretprojects that for some reason known only to them involve the mutilation of hundreds of cattle in an area that includes Colorado Springs, the NORAD command base inside Cheyenne Mountain and the strange little town called Dulce on a small Apache Reservation?

STALKING THE HERD is an in-depth examination and analysis of this complex, multi-layered mystery and this book scrutinises the various explanations that have been proposed over the years.