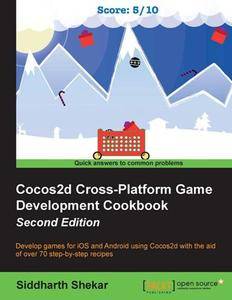 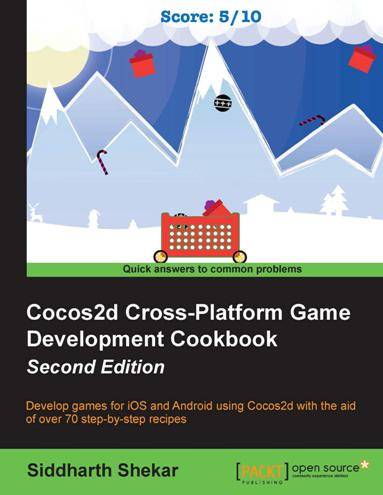 This book is for intermediate game developers and especially the ones who are generally curious to find out what's new in Cocos2d v 3.3.

What You Will Learn:

Cocos2d is the world's leading game development framework for developing iOS games. With the introduction of Swift and Spritebuilder, it has become easier than ever to develop the games of your dreams without much effort. With Cocos2d, you can also deploy the game on Android, thereby maximizing profit and reducing development and porting costs.

The book starts off with a detailed look at how to implement sprites and animations into your game to make it livelier. You will then learn to add scenes to the game such as the gameplay scene and options scene and create menus and buttons in these scenes, as well as creating transitions between them. From there on, you will get an understanding of how to program user interactions such as tapping, holding, and swiping. You'll then add accelerometer inputs and physics to the scene, and make objects respond back to the inputs. A game is practically incomplete without audio being added, so this will be covered next.

The next section will include ways to add Artificial Intelligence to enemies in the game, allowing them to patrol, chase, and shoot in a projectile manner. You will then learn to use NSUserDefault to save and load game progress, and create and access files using JSON, Plist, and XML files for custom storage and retrieval of data. Then you will learn to add dynamic lighting to your game and will use industry-wide tools such as Texture Packer, Glyph Designer, Physics Editor, Particle Designer, and Sprite Illuminator to create more visually appealing and performance-optimized games.

Towards the end of the book, we dive into Apple's latest programming language - Swift, highlighting the major differences between Objective C and Swift. The book culminates with taking your existing game developed for iOS and porting it to Android, showing you how to install the Android Xcode plugin as well.