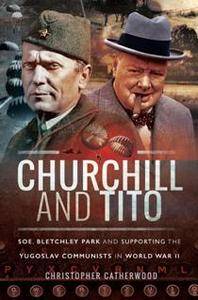 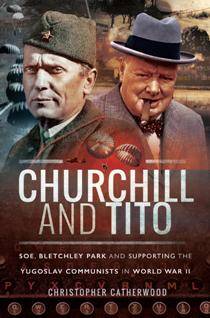 One of Churchill’s most controversial decisions during the Second World War was to switch SOE support in Yugoslavia in 1943 from the Cetniks loyal to the exiled Royal Government to backing Tito and his Communist Partisan guerrillas. It led to a Communist regime in Yugoslavia which lasted until Tito’s death in 1980, and the nationalistic sentiments he had suppressed exploding into ethnic violence in the Balkan wars of the 1990s.

Until now the story has been that SOE was infiltrated by Communists in Cairo and that Fitzroy Maclean, Churchill’s personal delegate to Tito, was hoodwinked by the Communist leader, and that Churchill was duped into abandoning the royalists. However, the recently deposited papers of Sir Bill Deakin, Churchill's former assistant and an SOE operative in Yugoslavia, reveal that the decision was based upon absolutely solid evidence and in Britain's best military interests.

The official history of SOE in Yugoslavia was never written, but Deakin was the main adviser to the person deputed to write it – and Christopher Catherwood was the first person to examine the papers deposited in Churchill College Cambridge. These papers reveal that Churchill made his decision based on evidence not just from SOE, but also from MI3, SIS and SIGINT at Bletchley Park.

Christopher Catherwood can now demonstrate that one of Churchill’s most significant and consequential decisions of the Second World War was not the terrible mistake that historians have portrayed it.