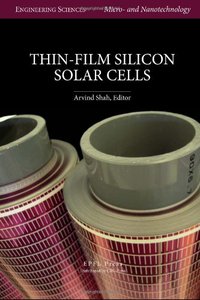 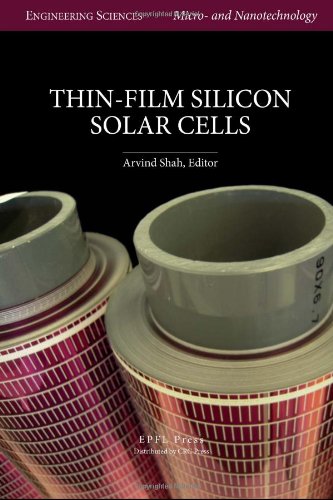 Thin-Film Silicon Solar Cells (Egineering Sciences: Micro-and Nanotechnology) by Arvind Victor Shah
English | 2010 | ISBN: 1420066749 | 440 pages | PDF | 5,5 MB
Photovoltaic technology has now developed to the extent that it is close to fulfilling the vision of a "solar-energy world," as devices based on this technology are becoming efficient, low-cost and durable.

This book provides a comprehensive treatment of thin-film silicon, a prevalent PV material, in terms of its semiconductor nature, starting out with the physical properties, but concentrating on device applications. A special emphasis is given to amorphous silicon and microcrystalline silicon as photovoltaic materials, along with a model that allows these systems to be physically described in the simplest manner possible, thus allowing the student or scientist/engineer entering the field of thin-film electronics to master a few basic concepts that are distinct from those in the field of conventional semiconductors. The main part of the book deals with solar cells and modules by illustrating the basic functioning of these devices, along with their limitations, design optimization, testing and fabrication methods. Among the manufacturing processes discussed are plasma-assisted and hot-wire deposition, sputtering, and structuring techniques.