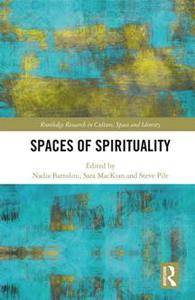 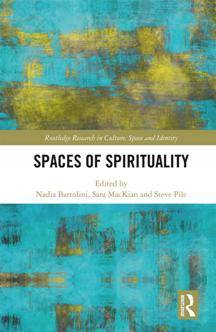 Spirituality is, too often, subsumed under the heading of religion and treated as much the same kind of thing. Yet spirituality extends far beyond the spaces of religion. The spiritual makes geography strange, challenging the relationship between the known and the unknown, between the real and the ideal, and prompting exciting possibilities for charting the ineffable spaces of the divine which lie somehow beyond geography. In setting itself that task, this book pushes the boundaries of geographies of religion to bring into direct focus questions of spirituality.

By seeing religion through the lens of practice rather than as a set of beliefs, geographies of religion can be interpreted much more widely, bringing a whole range of other spiritual practices and spaces to light. The book is split into three sections, each contextualised with an editors' introduction, to explore the spaces of spiritual practice, the spiritual production of space, and spiritual transformations.

This book intends to open to up new questions and approaches through the theme of spirituality, pushing the boundaries on current topics and introducing innovative new ideas, including esoteric or radical spiritual practices. This landmark book not only captures a significant moment in geographies of spirituality, but acts as a catalyst for future work.