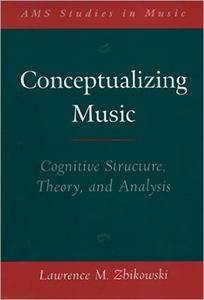 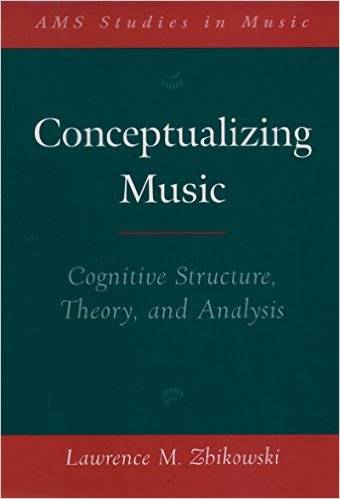 Lawrence M. Zbikowski, "Conceptualizing Music: Cognitive Structure, Theory, and Analysis"
2002 | pages: 377 | ISBN: 0195140230 | PDF | 9,8 mb
This book shows how recent work in cognitive science, especially that developed by cognitive linguists and cognitive psychologists, can be used to explain how we understand music. The book focuses on three cognitive processes–categorization, cross-domain mapping, and the use of conceptual models–and explores the part these play in theories of musical organization.
The first part of the book provides a detailed overview of the relevant work in cognitive science, framed around specific musical examples. The second part brings this perspective to bear on a number of issues with which music scholarship has often been occupied, including the emergence of musical syntax and its relationship to musical semiosis, the problem of musical ontology, the relationship between words and music in songs, and conceptions of musical form and musical hierarchy.
The book will be of interest to music theorists, musicologists, and ethnomusicologists, as well as those with a professional or avocational interest in the application of work in cognitive science to humanistic principles.