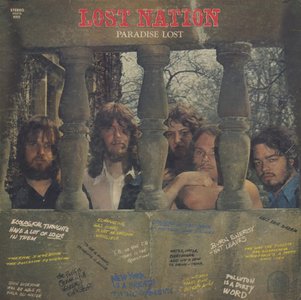 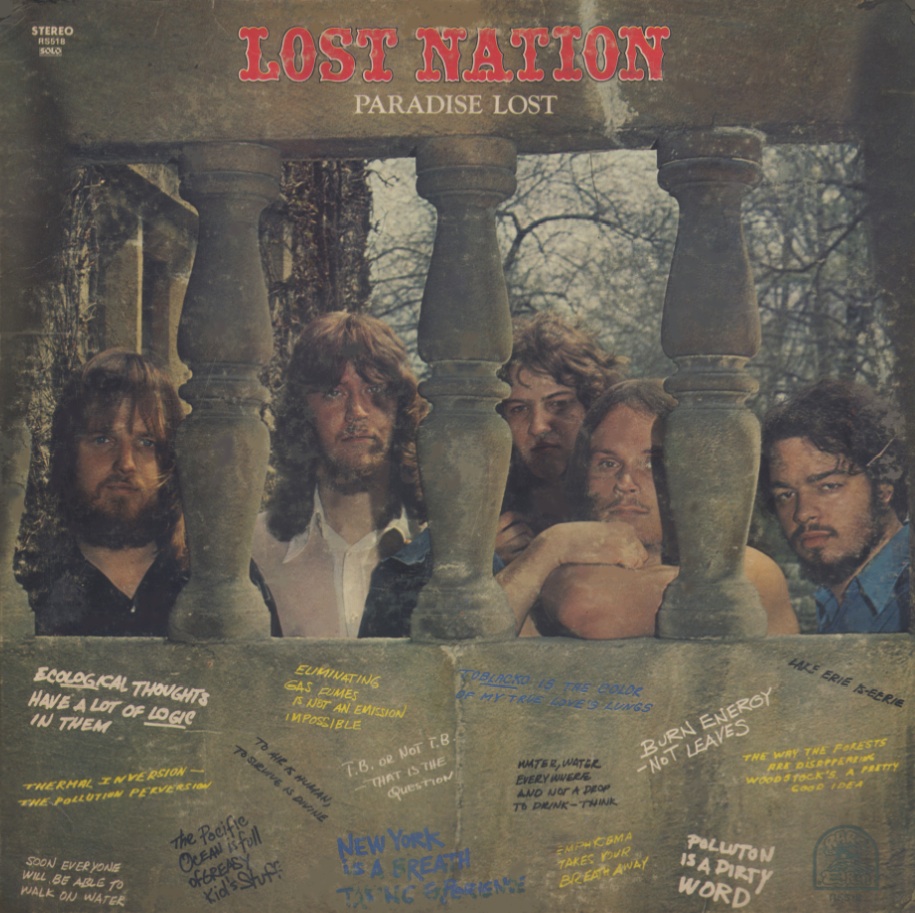 LOST NATION was a Michigan-based quintet. They were formed by Ron STULTS (vocals) of the psychedelic garage band UNRELATED SEGMENTS, along with Larry ZELANKA (keyboards), Craig WEBB (guitar), Art WOLFE (bass), Ron FULLER (drums), and released a single album, ''Paradise Lost'', in 1970. The group was splashed to the four winds shortly after (although WEBB would go on to play in FRIJID PINK on the albums ''Earth Omen'' and ''All Pink Inside'').
Stylistically, LOST NATION is not as eco-friendly as they would appear to be (the cover of ''Paradise Lost'' is strewn with environmental graffiti on a brick wall, but most critics are quick to admit there is very little ecology about these rockers). Although the band carries a fine pedigree of long winded psychedelia, and the organ remains dominant throughout the album, it is rarely outdone by the gruff guitar tones that dominate the music. Recommended for fans of the heavy organ rock of DEEP PURPLE and URIAH HEEP.
Biography by The Whistler