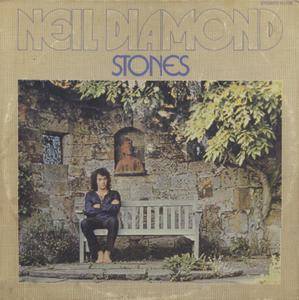 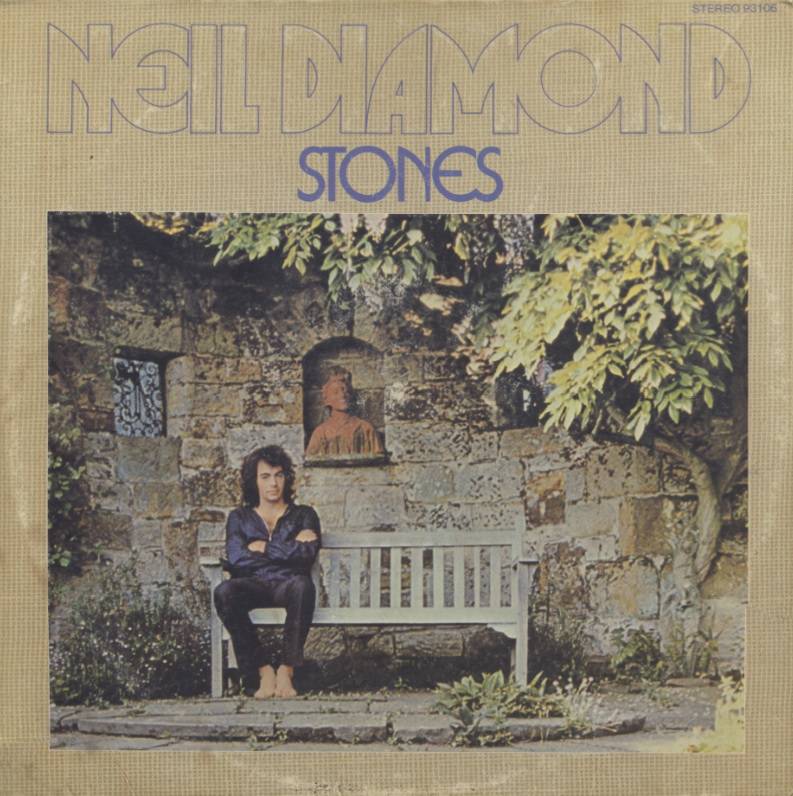 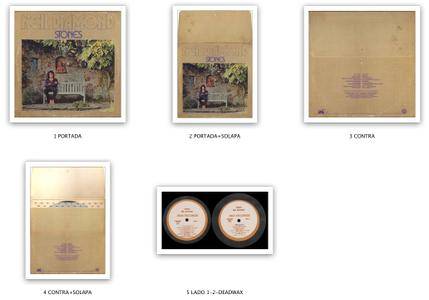 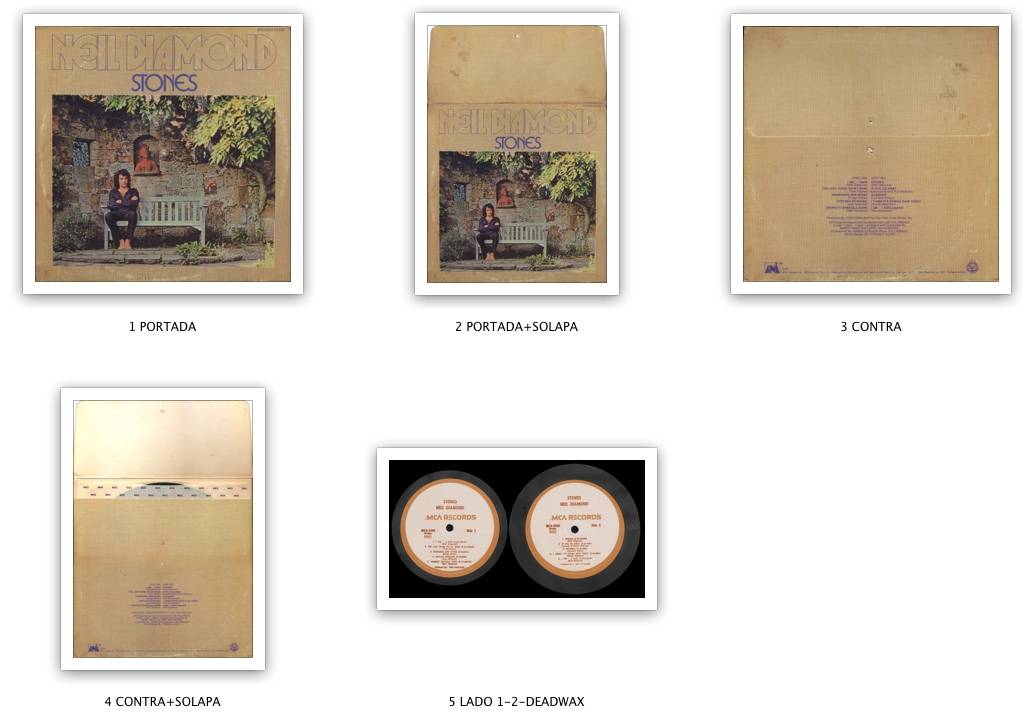 Neil Diamond, normally a quick worker, spent four months agonising over the lyrics of I Am… I Said, and it shows. That’s why the song lingers. There are lines which don’t quite ‘fit’ at first, and seem almost fragmentary coming from such a craftsman, but they’re the lines which – once the penny drops – give it its confessional greatness. People magazine hailed the song as “Art at its best, which moves the audience to self-investigation”. Certainly it’s a masterpiece of introspection which transcends conventional pop limitations. Diamond himself rambled, “It tells of feeling lost and questions and doubts and insecurities… and realising that you can never go back home”.
As the opener to his seventh album – and, in reprise form, the finale – it tends to overshadow the rest of this sumptuous 1971 release. Like Touching You, Touching Me, Stones contains its share of string-soused covers, and in places tilts Diamond towards MOR. Yet there’s nothing phoney about the way his proud baritone commits to Joni Mitchell’s Chelsea Morning or Tom Paxton’s The Last Thing on My Mind. Each has depth beneath the slick veneer. Later, the angst is overt as Neil nails Leonard Cohen’s Suzanne and Jacques Brel’s If You Go Away. He’s aesthetically closer to Scott Walker than any lounge crooner.
While I Am… I Said was a hit with huge gravitas, the other hit here, Crunchy Granola Suite, seems its polar opposite, praising a healthy diet in very Californian fashion. He’s claimed it’s “meaningful”, but it’s a loony cereal jingle. Then there’s the title song, a durable Diamond gem in which “she would ache for love and get but stones”. It’s the quintessential Neil song – simple, laced with neo-religious imagery, yet powerfully sincere. Stones is, like much of Diamond’s oeuvre, cornball on top and pulsating with intensity down below. As I Am… I Said attests, he was coming to terms with fame (“you ever read about a frog who dreamed of being a king and then became one?”) while battling internal demons (“I’ve got an emptiness deep inside”). In his fight to keep both his career and spirits ascending lays the magic of Stones.
bbc.co.uk