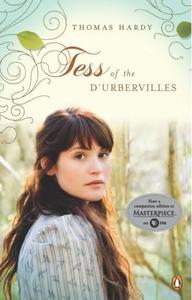 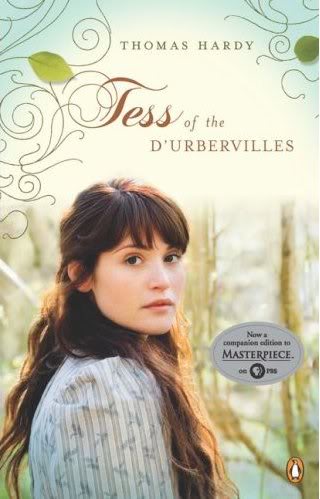 In the late 19th century, Tess Durbeyfield is sent off to visit a rich cousin, Alec D'Urberville, when her parents learn that they are distantly related. Tess takes a disliking to the man and his attempts at seduction are rebuffed. Returning from a village party he forces himself on the innocent girl, who eventually makes her way back to her parents' home. Ashamed and pregnant, she seems destined to forever being marked as a certain kind of woman. After the death of her child, she makes her way to a prosperous farm where, working as a milkmaid, she meets and eventually marries the handsome Angel Clare. On learning of her past, however, he abandons her and with little choice and facing a life of extreme hardship, she again falls into Alec's clutches and becomes a kept woman.

I have just finished watching the final part of this wonderful series and I have to say I was very impressed. I studied Thomas Hardy's works for my A-level exams back in 1980 (ouch) and I enjoyed them all, but Tess was my favourite. So beautiful and so sad. Beautiful in the characters, wonderfully realised for the time. Tess especially, a child to whom things happen, things beyond her understanding or control, and who is swept along by the tide of events bewildered but still strong and true herself and her morals - yes, even at the end. (I don't want to say anything that may constitute a spoiler for those who haven't read/seen it, although it seems unlikely now.) I thought Gemma Arterton was perfect for the role and if this were a film she should have been nominated for an Oscar. I've been a fan of hers since her performance in St Trinian's ( a very different role!) and look forward to seeing her in Quantum of Solace, she should go far. I wasn't so sure about the two male leads, not that either character is very likable in my eyes, but I think they did an adequate job. This 4-part series Clings closely to the original text and also brings in Hardy's speciality, the use of weather and atmosphere to set the mood of the scene; very evocative. I hope it will be screened again, and I'll buy the DVD when I can.