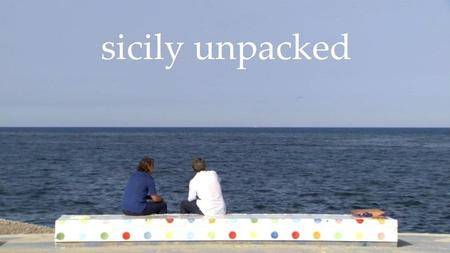 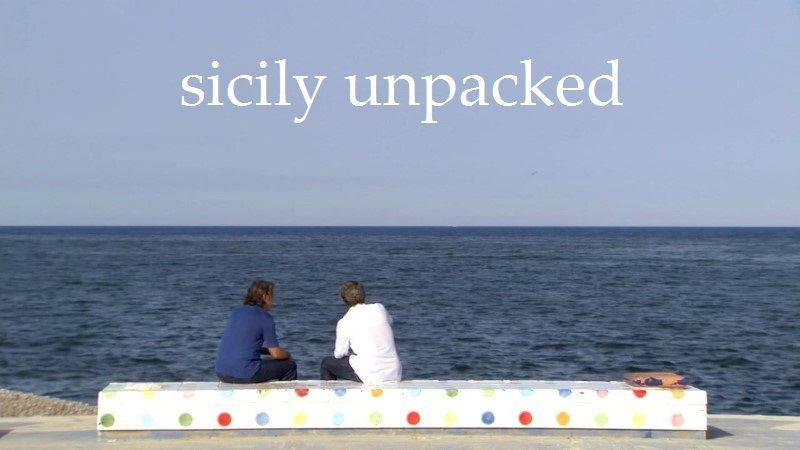 Andrew Graham-Dixon and Giorgio Locatelli take us on a delightful journey around their beloved Sicily. Sharing a passion for all things Sicilian they make the perfect travel partners. Exploring the island through each other's eyes and hearts, they reveal how the layers of history have created a unique belnd of art and architecture. As well as the pleasures of an intense and vibrant culture, they experience the sadness the island has come through and the strength of the Sicilian people as they rose up and challenged the Mafia. Together they document how the various conquering forces and the rich variety of different heritages have helped to shape both the food and the culture of this beautiful Mediterranean island.

Part 1: Palermo
They take viewers on a journey into the heart of Sicily and introduce one another to the things they love about the island. Their first stop takes them to Giorgio's friend Vittorio and his restaurant near the seaside village of Porto Paolo. There is no menu - you are served whatever is best that day. It is Giorgio's favourite restaurant in the world. For him, the larger-than-life Vittorio represents the best of Sicily. Sicily may be less famous for art than its northern neighbours, but Andrew wants to change that. He takes Giorgio to see one of his favourite works of art in the capital Palermo, a typically Sicilian chapel hidden away down one of the city's many narrow streets. Created by the Palermitan sculptor Giacomo Serpotta, for Andrew it is a stunning example of the Sicilian approach to art and architecture. Palermo is an urban jungle, and Andrew and Giorgio attempt to navigate the traffic to visit the colourful markets of this buzzing city. Like the rest of Sicily, food is at the heart of everyday life here, and they sample one of the city's signature dishes - pasta with fresh sardines. They also travel back to the 12th century and enter the Arab world while visiting the Zisa palace, check out the gilded Palatine chapel and attend a traditional wedding, and explore some of the city's more surprising attractions, such as the Unesco-protected Cuticchio Puppet Theatre. Plus the pair explore how, amongst the buzz and great beauty of the island, the shadowy presence of the mafia lurks around almost every corner. To round off their stay in Palermo, Giorgio and Andrew have one last drink at a Palermitan bar before heading off on the next leg of their journey through Sicily.

Part 2: Spainish Occupation
They explore the legacy of Spain's 500-year occupation of the island and the influence this has had on art and culture. It is Easter and Giorgio and Andrew get the chance to experience two of the island's most spectacular celebrations. On Good Friday in the city of Enna, hooded figures parade statues of the Madonna and Jesus. Then on Easter Sunday they go to Modica to see the Madonna Vasa Vasa procession, where a statue of the Madonna meets and kisses her son Jesus in front of a devoted crowd. Andrew and Giorgio end Easter festivities with a traditional lunch courtesy of the Vannuccio family, who live in the countryside outside Modica. The sweet tooth of our presenters is indulged when they sample ice cream made exclusively with ingredients from Sicily. Further delights are served by the Bonajuto family, who for six generations have made exquisite chocolate inspired by techniques acquired from the Aztecs via their Spanish colonizers. During the Spanish occupation, Caravaggio fled to Sicily from Rome. He is Andrew's favourite painter and together with Giorgio, he visits one of the great artist's masterpieces in Messina - a moving Nativity scene. Giorgio and Andrew end this part of their journey in Marsala, where General Giuseppe Garibaldi arrived with his 1000 soldiers to unify Italy in 1860.

Part 3: Modern Sicily
They take the pulse of contemporary Sicily, experience the change that is sweeping through the island, and find out how the future of it is linked to its ancient past. Over the last 100 years, Sicilians have seen their beautiful island sink under the weight of corruption, recession and the mafia. But today, Sicily is experiencing a renaissance and celebrating a rediscovery of their unique ancient heritage. Andrew and Giorgio visit Mount Etna, the tallest active volcano in Europe, and explore the rich vegetation of its foothills and the dramatic moonlike craters of its upper slopes. Etna truly is a great beauty with a seductive dark side, just like Sicily. During this journey, our presenters meet the ordinary people really trying to make a difference in Sicily. Including Ciccio the fisherman, who retrieved a statue dating back 2,300 years, which he generously gave back to his town rather than sell it to a private art dealer, so that his fellow Sicilians can enjoy the riches of their past. Likewise, a little museum in the small town of Aidone, which successfully reclaimed the spectacular Morgantina statue of Demeter - as old as the frieze sculptures on the Parthenon - from the Getty Museum in California. And it's not only art that is experiencing a resurrection on the island, but agriculture too - the wine, that just 20 years ago was considered only good enough for blending vats on the continent, is now one of the most fashionable in Europe and is being exported all over the world. Andrew and Giorgio also visit the magnificent villa of Romana del Casale in Piazza Armerina where they get a chance to help restorers in bringing back to life exquisite mosaics some 1,800-years-old. Combining old traditions with contemporary trends is a current behind a lot of the success stories emerging out of modern Sicily. One the most exciting examples is Accursio Craparo, a Michelin-starred chef taking the best of Sicily's food traditions and putting an ingenious modern twist on them. Andrew and Giorgio finish their journey around Sicily back in Palermo. Here they meet Prince Bernardo Tortorici, whose family have been in Sicily since the 12th century. He confirms the renaissance of Sicily that the presenters have witnessed on their travels, but insists Sicilians must not rest on their laurels. Sicily will have a brilliant, bright future if Sicilians cherish and believe in their island's great beauty and, most importantly, nurture it.

also You can look my other last: Art-posts 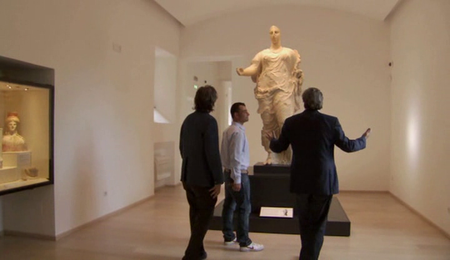 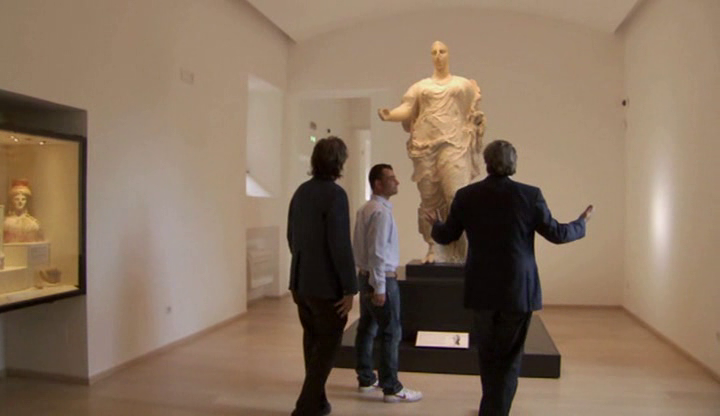 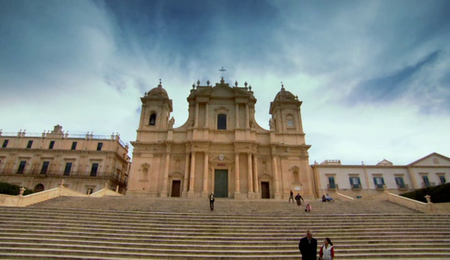 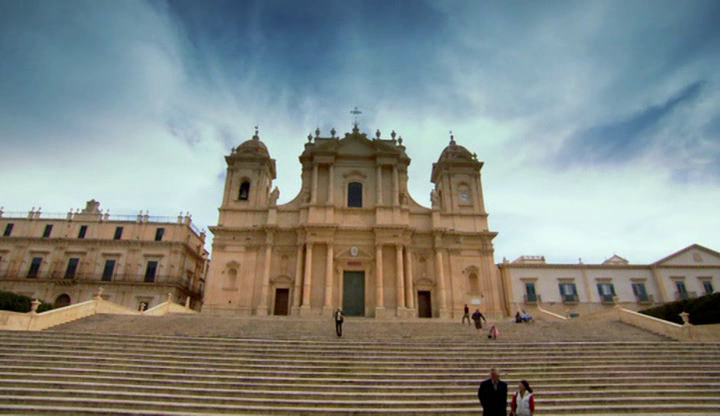 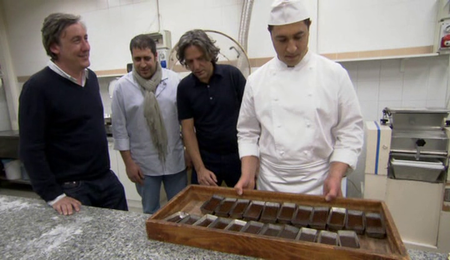 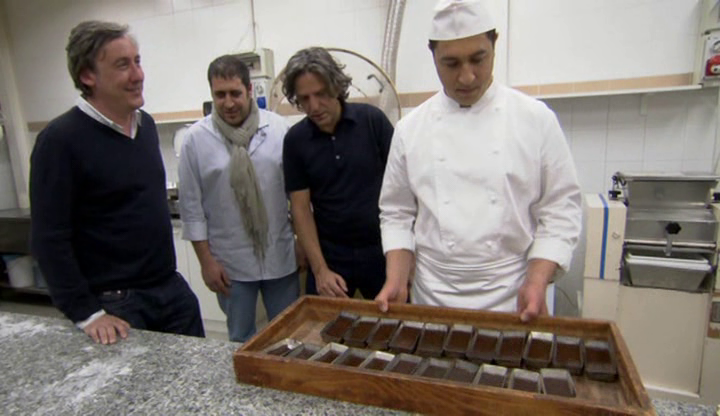 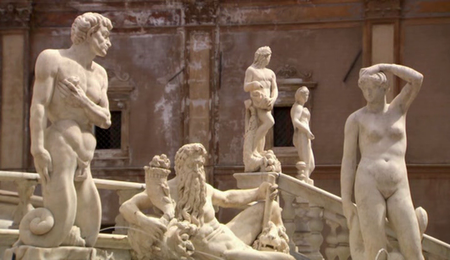 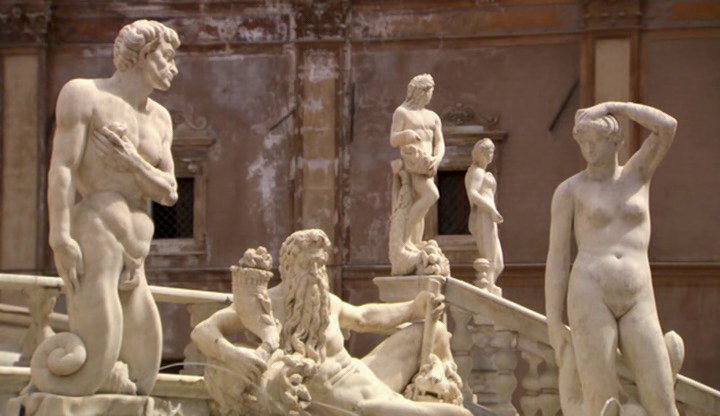