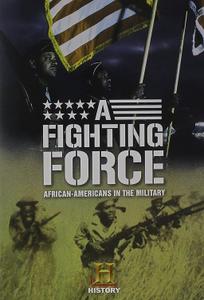 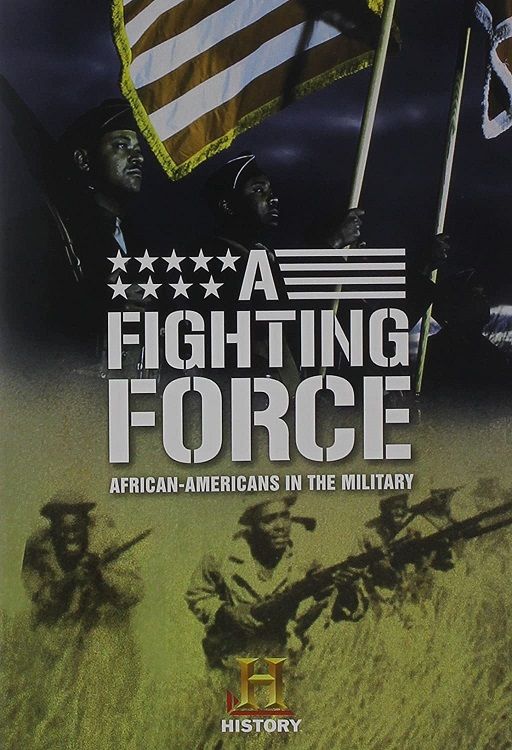 Throughout American history, from the Revolution to San Juan Hill and to the sands of Iraq, black soldiers have fought and died under the Stars and Stripes. Long before they were recognized as citizens, much less equals, African-Americans sacrificed their lives for a society from which they were largely excluded. Through period accounts, first-person recollections, and rare photos and footage, the difficult journey of the African-American men and women who fought to secure their rightful place in the U.S. Military is followed. A Fighting Force pays tribute to the valor and sacrifices of African-American soldiers while shedding light on the discrimination and disregard that at times proved more threatening than the rigors of battle. This eye-opening and vitally important THE HISTORY CHANNEL collection brings together five masterful documentaries. This history reflects as positively on the countless valiant fighters.

Part 1: Americas Black Warriors: Two Wars to Win
Join Colin Powell and other decorated soldiers as they tell one of the most important stories of World War II. Throughout American history, from the Revolution to San Juan Hill, black soldiers had fought under the Stars and Stripes. But creeping racism during the beginning of the 20th century saw them in second-class roles, and America's generals and commanders widely believed that they were unfit for combat duty. When the reality of war forced America to deploy black soldiers in battle, they quickly proved their worth and showed the ignorance and shortsightedness of those who had conspired to keep them out of the fight. AMERICA'S BLACK WARRIORS: TWO WARS TO WIN features numerous African-American WWII veterans, who speak with brutal honesty about the prejudice they encountered and the battles they fought. Learn of the remarkable achievements of units like the Tuskegee Airmen, who earned the respect of their German adversaries in the skies over Italy and Sicily, and discover how the advances made in World War II paved the way for the armed forces to become a model of successful integration for the rest of America.


Part 2: First to Fight: The Black Tankers of WWII
They were a brave group of African American soldiers who put their lives on the line overseas while they still lived racially segregated lives of discrimination at home. During World War II, the 761st Tank Battalion made history as the first all black tank unit ever to see combat. And like the Tuskegee Airmen, the men of the 761st proved they were as competent as any soldier in the United States military. Their motto was "Come out fighting." Over the course of 183 straight days on the front during World War II, the 761st helped liberate more than 30 towns under Nazi control. Collectively they were awarded 11 silver stars, 70 bronze stars, 250 purple hearts, and a medal of honor. This engaging documentary tells the story of the 761st both during the war and afterward as they were confronted with racism at home after bravely fighting for freedom overseas. Through moving commentary from many surviving veterans of the battalion, this program captures the experiences of this skilled unit. Riveting documentary footage and thoughtful revelations from 761st members will attract viewers to this fascinating World War II story. More than 30 years after coming home, the 761st was finally recognized with the prestigious Presidential Unit Citation.The program also examines the larger issue of how the U.S. military evolved from a segregated institution after World War II.


Part 3: A Distant Shore: African Americans of D-Day
In 1997, recognizing nearly half a century of neglect, seven African-American WWII heroes were awarded this country's highest military decoration. Only one veteran remained alive to accept his Medal of Honor from President Bill Clinton, but he alone represented the thousands of forgotten black soldiers who fought and died alongside their white comrades. The story of blacks fighting for the United States of America in WWII is a saga both glorious and shameful. This moving documentary from THE HISTORY CHANNEL pays tribute to the valor and sacrifice of African-American soldiers while shedding light on the discrimination and disregard that at times proved more threatening than the rigors of battle. 1.2 million African-Americans served in World War II, and although largely forgotten by history, nearly 2,000 of them stormed the beaches of Normandy. For the first time ever, seven of these forgotten heroes tell their stories. Through dramatic recreations and in-depth interviews, we will discover the African-American contribution to the Normandy Invasion.


Part 4: Black Aviators: Flying Free
They battled prejudice as well as the enemy. Some were forced to fight for other countries in order to realize their dream. Others went on to become legend–yet still were victims of discrimination. Take a long-overdue trip into the world of the BLACK AVIATORS who broke down barriers in order to take to the skies. Through period accounts, first-person recollections, and rare photos and footage, we'll follow the difficult journey of African-American pilots to secure their rightful place in the U.S. military. See how pioneers like Eugene Bullard and Bessie Coleman flew for France in World War I rather than serve in the segregated U.S. forces. Relive the exploits of the legendary Tuskegee airmen, who forever silenced those who said black pilots weren't skilled enough. And follow the career of Frank Peterson, who overcame segregation and discrimination on and off the military base to become the Marine's first African-American 3-star general. From the First World War to the Gulf War and beyond, BLACK AVIATORS tells the inspiring story of the individuals who refused to back down in the face of unfair obstacles and won their place in the skies.


Part 5: Honor Deferred
When the war books were closed at the end of World War II, the Medal of Honor — the military highest award — was bestowed on 432 soldiers. But not one was given to any of the more than one million African-Americans who served in that war. It took an internal Army investigation, not launched until 1994, to find out why … and to eventually right the wrong. More than a half century after the end of World War II, in 1997, seven African-Americans were finally awarded the Medal of Honor in a White House ceremony. Was the army racist? Did African-Americans receive appropriate training? We explore all these issues and more in breathtaking recreations as we document the stories of the seven black Congressional Medal of Honor winners. Vernon Baker is the last living awardee. Witness as President Clinton presents these medals to Baker and the proud family members of the other six. A History Channel special, narrated by Samuel L. Jackson and hosted by Bernie Mac, tells the moving true stories of these brave men and how they were slighted for so long. 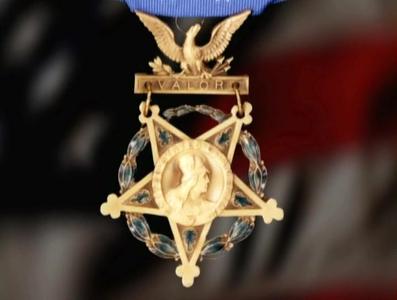 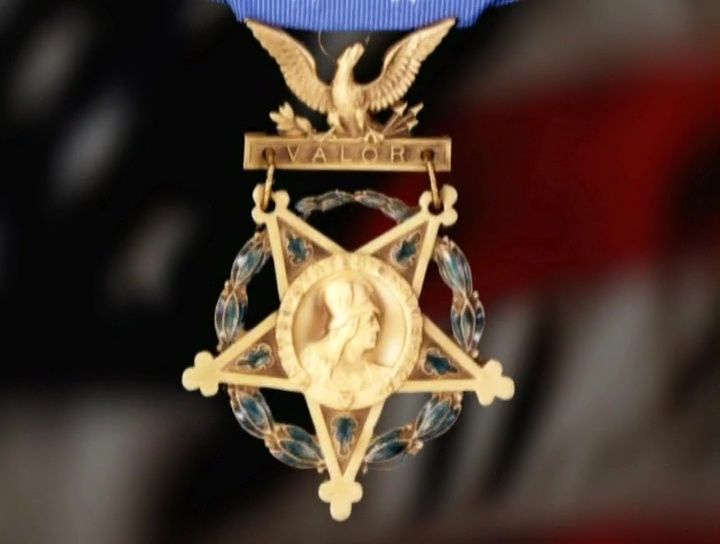 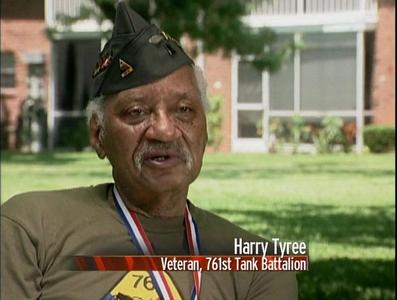 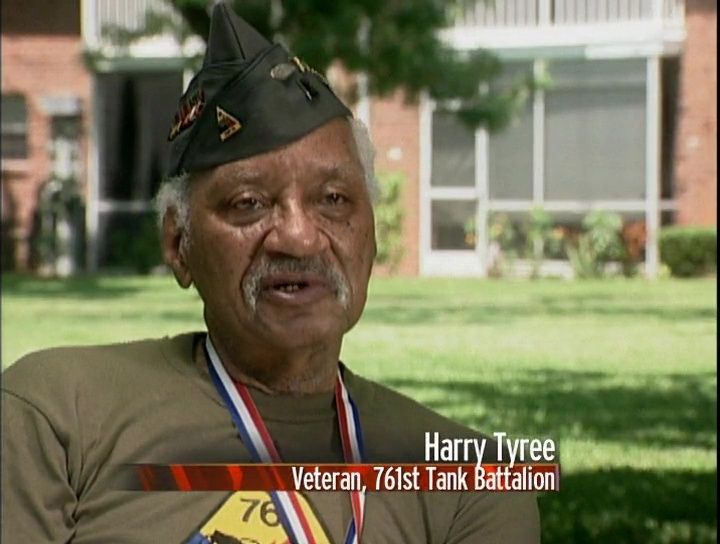 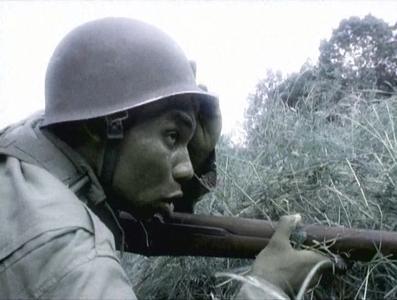 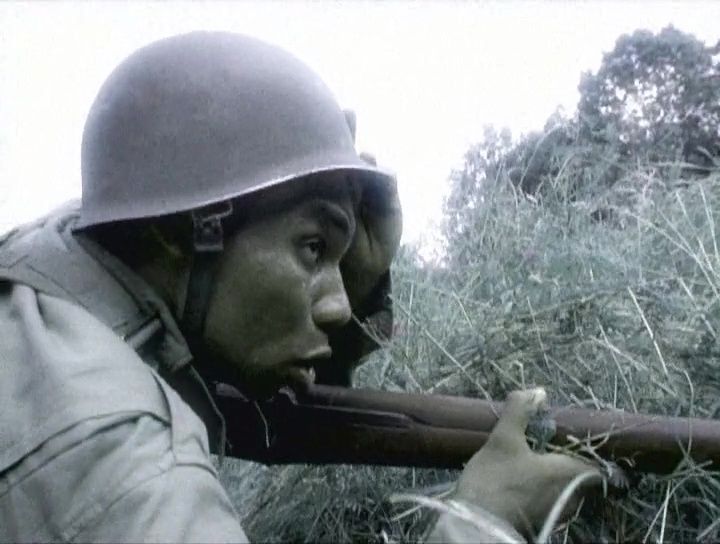