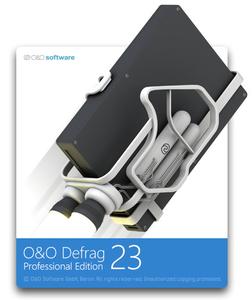 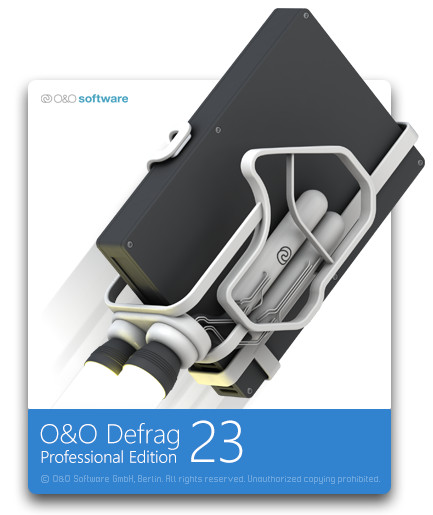 O&O Defrag Workstation / Server 23.0 Build 3080 (x86/x64) | 46.2/46.2 Mb
Up to 100% increased PC speed: There is nothing worse than when you want to do something on your PC and your computer is running slow. A disk defragmenter used regularly can speed up a PC of any age and get it working like new again!

Don’t let a slow computer spoil your work or fun! Let O&O Defrag optimize your hard disks and – New! – SSDs and you can experience speed increases of up to 100%! Regular disk defragmentation optimizes your PC performance!

When you defragment, the files that Windows splits up when saving documents across the hard disk or SSD are put back in order again so that files can be quickly recognized and found by the SSD or the read and write heads inside your HDD. Speed increases of up to 100% are not uncommon, and your hardware suffers much less wear and tear!

If you spend a lot of time on your PC, slow system and program starts or system crashes while playing can be very frustrating. Periodic defragmentation often works wonders in bringing new life to a PC.

New SOLID method
By customer request, O&O Software has developed the defragmentation method SOLID in order to offer the user a choice adapted to his or her needs: SOLID/Complete and SOLID/Quick. Both methods sustainably extend the life of the SSD but differ in terms of the duration and protection of the hardware.

O&O DiskCleaner
The brand new in-built O&O DiskCleaner searches for and removes temporary and unnecessary files that are taking up memory and increasing fragmentation. O&O DiskCleaner also increases the security of your data, as private content (e.g. Thumbs.db, copies of documents, drafts of emails, Dumps) will no longer be kept as copies in unnecessary system files.

Benefits of a clearly laid out hard disk
Whenever it saves data, Windows scatters file fragments all over the hard disk and this slows down access times considerably. Defragmentation reverses this by rearranging data and speeding up access times dramatically. This not only saves the user time, it also reduces wear on hard disks and extends their life expectancy. Defragmentation can even make the difference if you lose important data because chances of full recovery are better on a defragmented disk. Why? After defragmentation, it’s easier for data recovery software such as O&O DiskRecovery to restore files when they’re not scattered across multiple areas of a hard disk.

Recommended use
We recommend manual defragmentation for PCs that are being used heavily because only a user can decide when the time is right to give up the performance needed for running defragmentation. On computers using video editing or graphics applications, O&O Defrag can be configured to not start automatic optimization while certain programs are running. The default settings in O&O Defrag are more than adequate for ordinary desktop PCs running mainly internet or office applications. O&O Defrag is also perfect for notebooks. Whenever an external power supply is disconnected, O&O Defrag automatically goes into pause mode to save energy

Product features:
SOLID/Quick: This method, developed specifically for SSDs, performs a superficial optimization of the SSD, such as erasing the free space. This method is gentler and faster.
SOLID/Complete: This method, developed specifically for SSDs, is a thorough optimization of the SSD.
ClusterView with SSDs: In order to represent the degree of fragmentation of an SSD, the ClusterView now maps the logical structure of an SSD so that, accordingly, 6 blocks are combined into one.
Fragment Filter to identify the most fragmented files on a drive
O&O DiskCleaner
Time View to see which defragmentation activity results in which successful optimization
Easy-to-Use: Ideal for Beginners and Professionals
Even faster system and program starts
Defragmentation time reduced by up to 40%
Defragmentation of locked files
Lifetime Performance Statistics
Automatic deletion of free space for more privacy
Optimizing systems with Thin Provisioning

Visit All My News