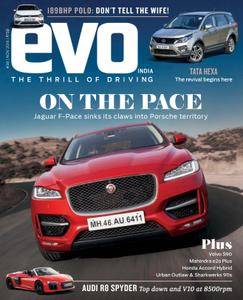 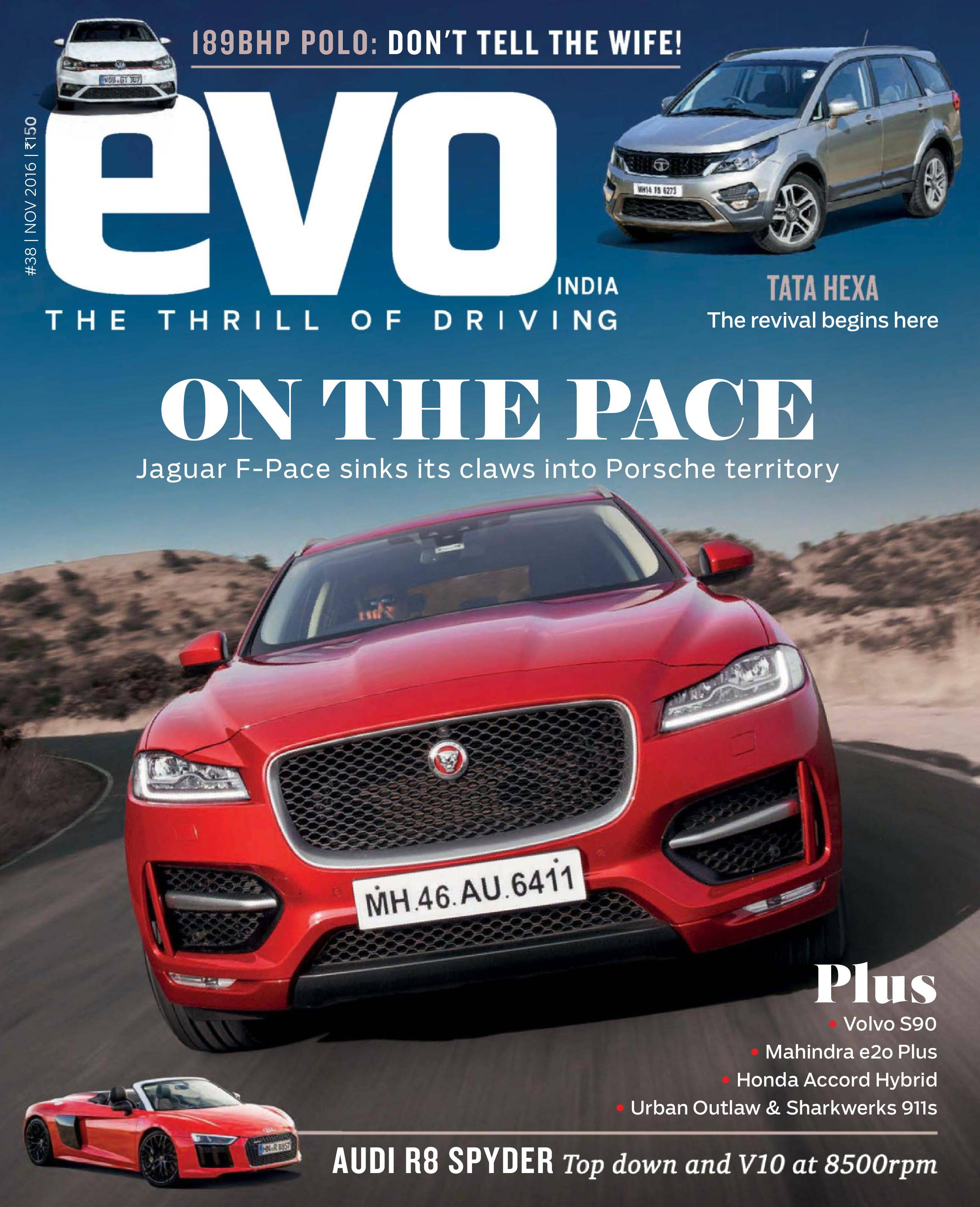 November 2016 evo India issue brief
It’s the new Jaguar F-Pace that stars – exclusively! – on the cover of the November 2016 issue of evo India. Plus we have the Tata’s very important and all-new Hexa, VW’s very expensive and very fast Polo GTI, Audi’s very loud R8 V10 Spyder and Volvo’s very comfy new S90. Read all about the TT RS pocket rocket, the second leg of our epic Quattro Xpedition, Magnus Walker’s take on the perfect Porsche 911, the magnificent Norwegian outback from the driver’s seat of the AMG GT S, a road trip with the Safari Storme to Pench and the Indian Scout Sixty modern classic. We’ve also driven the Honda Accord Hybrid, Volkswagen Ameo diesel, 2016 Honda Brio, Fiat Linea 125S and Mahindra e2o City Plus. You also get the November 2016 Motorsport India issue free with evo India.
November-December 2016 Motor Sport India issue brief
The Asia Road Racing Championship was held for the first time in India at the BIC. We look at how it unfolded in the November-December 2016 issue of Motor Sport India. Also in are this year’s report of the Raid-de-Himalaya, the OiLibya rally where TVS and Hero went head to head for the first time internationally and the unravelling of MMRT’s secrets with Ford. We talk to Jehan Daruvala - Sahara Force India's prodigal son, Karun Chandhok shares his views on his life as a commentator, we report on the new generation of karting champions at the 2016 JK Tyre Rotax Max National championship and the 2016 Vento Cup. MRF MMSC 4W NRC goes to the wire, the happenings of this year’s Mughal rally, a look at Total’s contribution to motorsport and international race reports from F1 and MotoGP as well as updates on WRC.