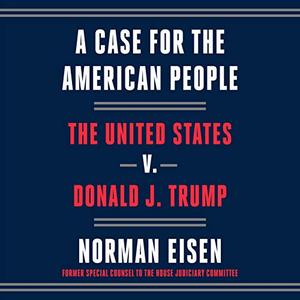 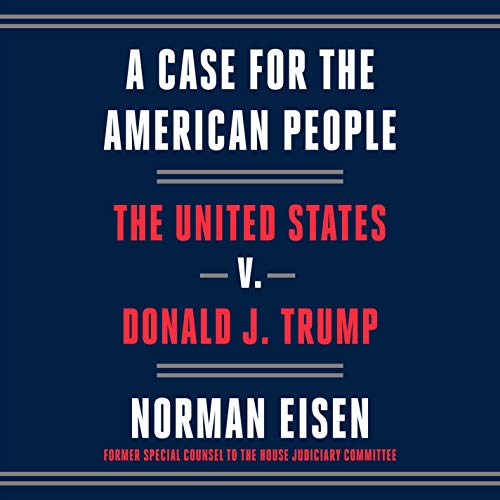 
The Democrats’ special impeachment counsel on the House Judiciary Committee lays out President Trump’s shocking pattern of betrayals, lies, and high crimes, arguing articles of impeachment to the ultimate judges: the American people.

In his behind-the-scenes account of the attempts to bring the president to justice - from filing the very first legal actions against him, through the Mueller report, to the turbulent impeachment and trial, to the president’s ongoing wrongdoing today - Norman Eisen, at the forefront of the battle since the day of Trump’s inauguration, pulls back the curtain on the process. He reveals 10 proposed articles of impeachment, not just the two that were publicly tried, all of which he had a hand in drafting. He then guides us through Trump’s lifelong instincts that have dictated his presidency: a cycle of abuse, corruption, and relentless obstruction of the truth. Since taking the oath of office, Donald Trump has been on a spree of high crimes and misdemeanors, using the awesome power of the presidency for his own personal gain, at the expense of the American people. He has inflamed our divisions for his electoral benefit, with flagrant disregard for the Constitution that makes us America. Each step of the way, he has lied incessantly, including to cover up his crimes. And yet he remains in the country’s highest office.

Congress, federal and state prosecutors, and courts have worked to hold the president accountable for his myriad offenses - with some surprising successes and devastating failures. Eisen, who served as special counsel to the House Judiciary Committee for Trump’s impeachment and trial, presents the case against Trump anew. Eisen’s gripping narrative and rousing closing argument - at turns revelatory, insightful, and enraging - will inspire our nation of judges.

History has proven that this president’s nefarious behavior will continue, no matter the crisis. But, as Eisen’s candid retelling affirms, there is an ultimate constitutional power that transcends the president’s, a power that can and must defeat him if our nation is to survive. The verdict of the American people remains in the balance. It is time for us to act.