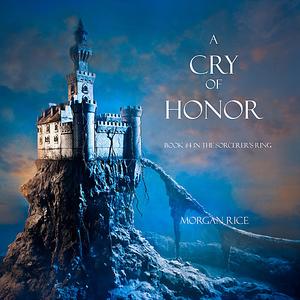 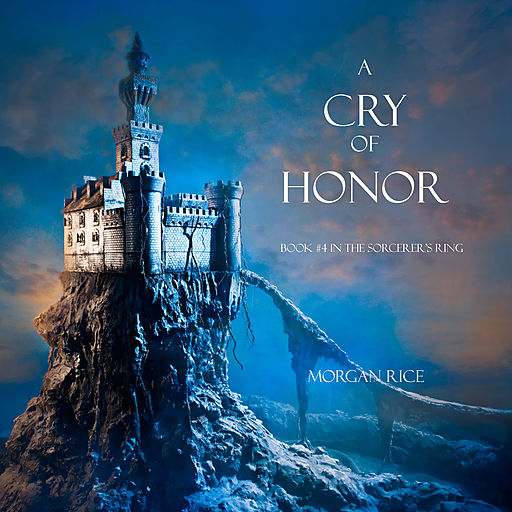 “THE SORCERER’S RING has all the ingredients for an instant success: plots, counterplots, mystery, valiant knights, and blossoming relationships replete with broken hearts, deception and betrayal. It will keep you entertained for hours, and will satisfy all ages. Recommended for the permanent library of all fantasy readers.”
–Books and Movie Reviews, Roberto Mattos

A CRY OF HONOR is book #4 in the Bestselling series THE SORCERER'S RING, which begins with Book #1, A QUEST OF HEROES!

In A CRY OF HONOR (Book #4 in the Sorcerer's Ring), Thor has returned from The Hundred as a hardened warrior, and now he must learn what it means to battle for his homeland, to battle for life and death. The McClouds have raided deep into MacGil territory—deeper than ever before in the history of the Ring—and as Thor rides into an ambush, it will fall on his head to fend off the attack and save King’s Court.

Godfrey has been poisoned by his brother by a very rare and potent poison, and his fate lies in Gwendolyn’s hands, as she does whatever she can to save her brother from death.

Gareth has fallen deeper into a state of paranoia and discontent, hiring his own tribe of savages as a personal fighting force and giving them Silver Hall—ousting The Silver and causing a rift in King’s Court that threatens to blow up into a civil war. He also schemes to have the fierce Nevaruns take Gwendolyn away, selling her off in marriage without her consent.

Thor’s friendships deepen, as they journey to new places, face unexpected monsters and fight side by side in unimaginable battle. Thor journeys to his hometown and, in an epic confrontation with his father, he learns a great secret of his past, of who he is, who his mother is—and of his destiny. With the most advanced training he’s ever received from Argon, he begins to tap powers he didn’t know he had, becoming more powerful each day. As his relationship with Gwen deepens, he returns to King’s Court in the hopes of proposing to her—but it may already be too late.

Andronicus, armed with an informer, leads his million-man Empire army to once again attempt to breach the Canyon and crush the Ring.

And just as things seem like they can’t get any worse at King’s Court, the story ends with a shocking twist.

Will Godfrey survive? Will Gareth be ousted? Will King’s Court split in two? Will the Empire invade? Will Gwendolyn end up with Thor? And will Thor finally learn the secret of his destiny?

With its sophisticated world-building and characterization, A CRY OF HONOR is an epic tale of friends and lovers, of rivals and suitors, of knights and dragons, of intrigues and political machinations, of coming of age, of broken hearts, of deception, ambition and betrayal. It is a tale of honor and courage, of fate and destiny, of sorcery. It is a fantasy that brings us into a world we will never forget, and which will appeal to all ages and genders. At 85,000 words, it is the longest of all the books in the series!

Books #5–#17 in the series are now also available!

“Grabbed my attention from the beginning and did not let go….This story is an amazing adventure that is fast paced and action packed from the very beginning. There is not a dull moment to be found.”
–Paranormal Romance Guild {regarding Turned}

“Jam packed with action, romance, adventure, and suspense. Get your hands on this one and fall in love all over again.”
–vampirebooksite.com (regarding Turned)

“A great plot, and this especially was the kind of book you will have trouble putting down at night. The ending was a cliffhanger that was so spectacular that you will immediately want to buy the next book, just to see what happens.”
–The Dallas Examiner {regarding Loved}