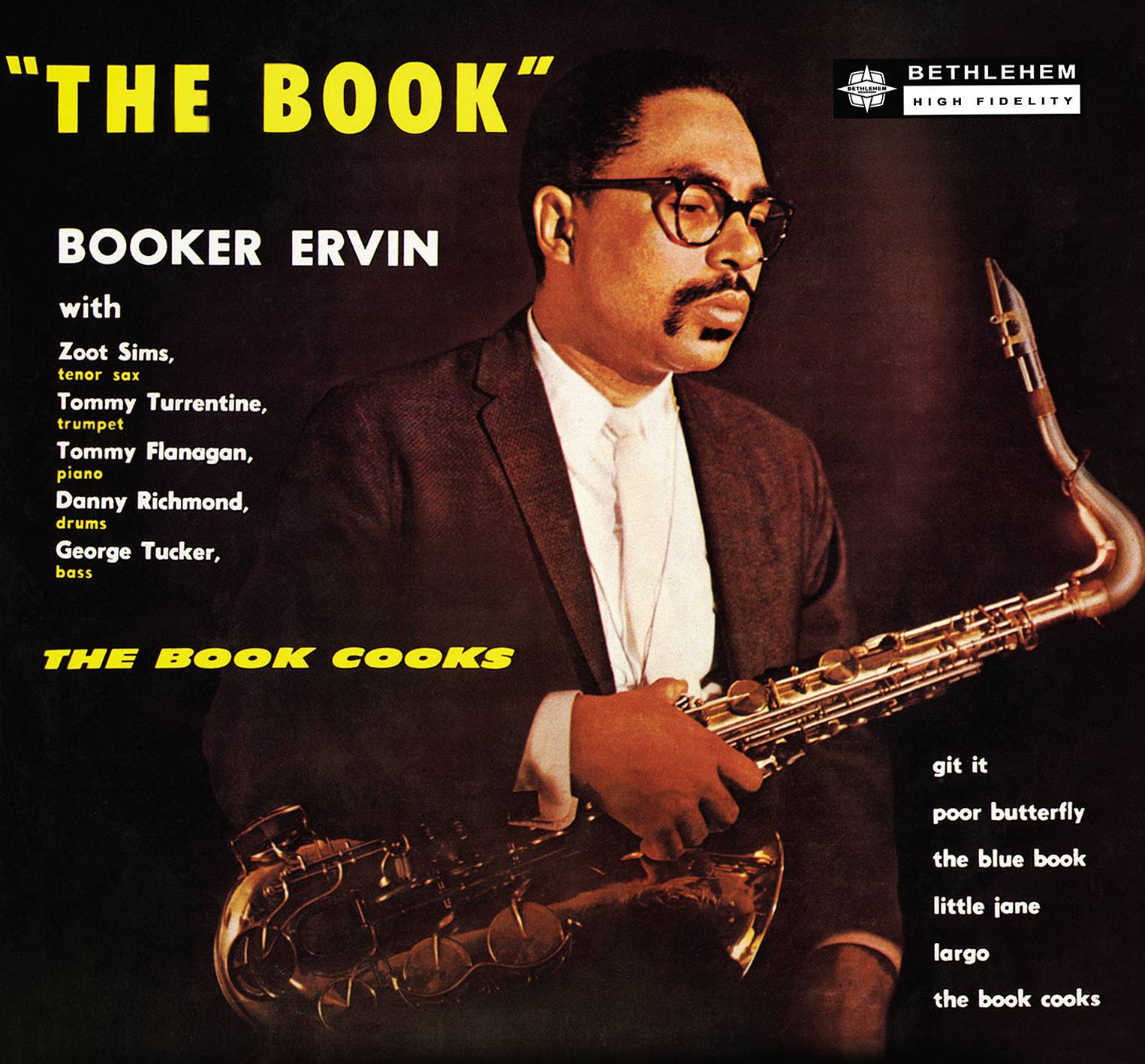 Booker Ervin's debut as a leader teamed the intense tenor saxophonist with fellow tenor Zoot Sims (one will have little difficulty telling the cool-toned Zoot apart from Booker), trumpeter Tommy Turrentine, pianist Tommy Flanagan, bassist George Tucker and drummer Dannie Richmond. Ervin (who has his ballad "Largo" as a feature) performs five originals and "Poor Butterfly"; best are the slow blues "The Blue Book" and the rapid blues "The Book Cooks".

A very distinctive tenor with a hard, passionate tone and an emotional style that was still tied to chordal improvisation, Booker Ervin was a true original. Ervin lived to be only 39 years old, passing away in 1970. He was affectionately know as “The Book” and most of the titles released under his name featured his moniker in their title (The Song Book, The Freedom Book, The Space Book, The Blues Book…).

Ervin was a prime member of Charles Mingus’ group during its prime, having to hold his own with the mercurial Mingus, and the iconic Eric Dolphy. Dannie Richmond, Mingus’ drummer, is featured here. Noted for hard-charging, passionate playing, with strong improvisational skills, Booker Ervin was a force to be reckoned with. He came out of the gate hard-charging, pouring out his soul, and few subsequent tenor stylists matched his intensity. His skills, fully formed, are on display here.

“The Blue Book’ is done as a mournful blues. The front line horns blend well and each gets a solo turn, as well as Tommy Flanagan on piano. This remaster brings bassist George Tucker up into the mix to great effect. The difference in the hard bop tone of Ervin and the more mainstream, but yet still soulful playing of Zoot Sims are on display throughout this album. I am so happy to have Tommy Turrentine on this date, as the trumpeter has never got his due and his recording outlet is minimal with only one title in his name, as he suffered from bad health. He was a featured player with Max Roach’s groups, along with his brother, Stanley. Here, he is vibrant, and most effective on blues tunes.

The horns’ ensemble skills are featured on “Git It.” Every member gets solo time as well. “Little Jane” is next and Booker shows his experience with Mingus on this track. The passion expressed through his horn by Ervin is in evidence here. Solo honors are shared, as well, throughout the rest of the album.

The title track, written by Teddy Charles, lets several group members solo, before Ervin and Sims accelerate, each distinguishable in a semi-cutting session. The energy is brought down in the ballad, “Largo” where just Ervin and the rhythm section play. It is a good chance to hear the talents of Booker alone.

I was pleased with the remastering done by John Sigmon. Nothing earth-shaking here, but a solid job working with source material, and the resultant acoustics are sharp and clean-sounding. For fans of Booker Ervin’s passionate blowing, this album has a lot to recommend, and the personnel is more than top flight. Highly recommended!